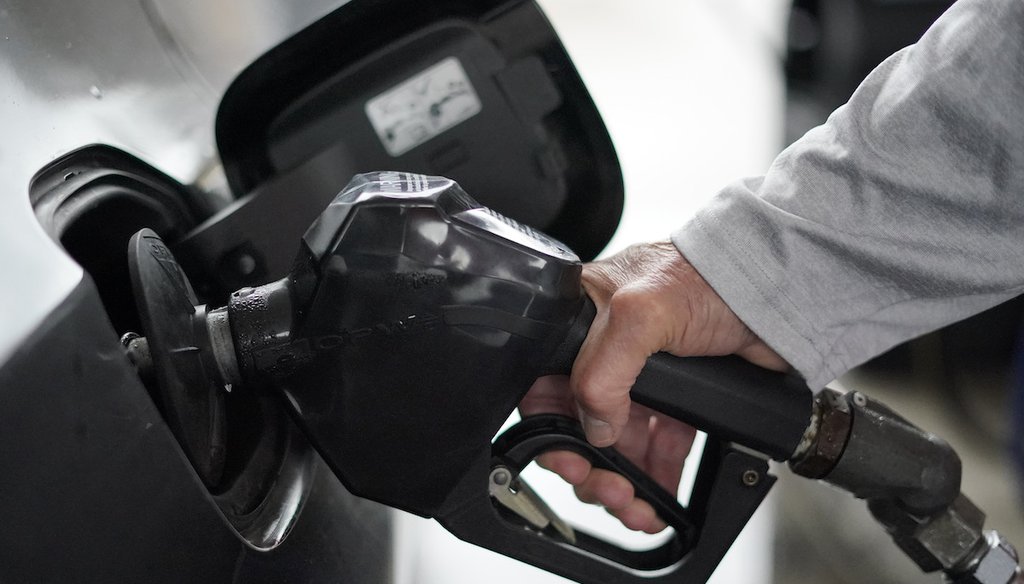 Russia’s attack on Ukraine has upended energy markets. The US will ban imports of Russian oil. Europe, highly dependent on Russian energy, is aiming to wean itself away from its dangerous neighbor to the east. The basic rule of supply and demand says that if the supply of energy from Russia is cut, demand will push prices higher.

Fears of spreading conflict and further disruptions add to the pressure at the pump.

US and European efforts to disrupt Russia’s war-waging capacity in Ukraine is a major reason for the current price increases, but that comes on top of already rising prices.

A reader asked us to help sort out the causes of price hikes.

The short answer is that there are two main drivers: war, which most people would intuitively understand, and the already volatile economic recovery post-pandemic, which was already pushing global market prices higher.

The prices of gasoline and natural gas have been rising since pandemic shutdowns began to ease in the middle of 2020. Gasoline prices are a bit higher now than they were in 2014 — not historic highs based on people’s income, but certainly high enough to cause sticker shock at the pump. Natural gas prices have also gone up.

How did the pandemic affect prices?

The pandemic put the brakes on a huge slice of the economy, which dramatically drove down the demand for fossil fuels. People stopped driving. The demand for electricity fell, reducing the demand for the natural gas that fuels power plants.

Natural gas prices on the spot market where gas is traded for near-term delivery had been falling since 2019, thanks to sustained growth in production. They began to rise in the summer of 2020 as the economy began to recover. They are now about where they stood in 2014. That year, a particularly cold winter led to lower inventories, which pushed prices up.

Gasoline prices followed a similar pattern, but with one key difference — gas prices rise quickly with changes in the cost of crude oil, and American drivers see the difference at the pump pretty much right away. By contrast, a lot of natural gas is regulated, and that cushions households from the immediate impact of changes in the spot market price.

What drives the price of gasoline?

Since the initial economic wallop from the coronavirus in the spring of 2020, demand for oil has risen steadily as business activity has increased. Yet supply hasn’t been able to recover as quickly, due to delays in restoring drilling capacity, higher transportation costs, and sluggish production increases.

As a result, prices of crude oil have risen consistently in recent months, though they are still about 40% below their peak levels of July 2008.

The crude oil price is set in a global market, one that the US has a limited ability to affect.

“Even if we produced two times what we consumed, if there is a war that raises oil prices in the EU, the price in the US will rise,” MIT energy economist Christopher Knittel tweeted March 7.

US crude oil production has gone up since the lows of the pandemic, and the US Energy Information Administration predicts that it will reach an historic high of 12.6 million barrels per day in 2023.

The US production recovery has come in fits and starts for several reasons.

The pandemic affected supplies of the necessary hardware, and companies had problems finding enough workers. The Biden administration’s moves to expand renewable energy sources made some companies less eager to invest. And some energy firms focused more on investors than boosting supplies.

“Recently several oil and gas companies who produce from shales have indicated that they are more interested right now in generating return for their investors rather than spending a lot on exploration and production,” said engineering professor Hugh Daigle at the University of Texas at Austin. “Domestic oil production will likely increase in response to increased prices, but it will probably take months.”

Russia and OPEC play a stronger role in setting prices. Together, they account for a bit over half of global production.

After cutting production aggressively in the early days of the pandemic, the OPEC-led group has been gradually, but not fully, restoring production. In July 2021, OPEC and Russia said they would raise production by 400,000 barrels per day every month, less than the US and other oil importers like China, India and Japan were hoping for.

Biden has tapped the Strategic Petroleum Reserve twice. Once in October 2021and again, in concert with Europe, after Russia attacked Ukraine. The combined total amount of additional oil was 60 million barrels. That is not very much compared to the nearly 20 million barrels a day the US consumed in 2021.

What drives the price of natural gas?

The US produces more natural gas than it consumes. It does import about 8% of the gas it uses, and virtually all of that comes from Canada. It imports none from Russia.

Natural gas is different from crude oil because the infrastructure needed to get it into the global marketplace is not as developed as what we have for oil. In some parts of the US, prices are shaped more by regional long-term contracts. In others, buyers compete more with overseas buyers who can receive shipments of liquefied natural gas.

But the trend is toward a global market, and as the economy recovered, so did demand.

“As Asian and European importers now compete for (liquefied natural gas), prices are rising rapidly as supply is unable to keep up,” wrote the authors of a December 2021 report from Brookings, a US policy institution.

The supply crunch has come despite record production in the USUS firms pulled about 3.6 trillion cubic feet of gas out of the ground in December 2021.

Massive plants to produce liquified natural gas have made this global market possible. The US is on track to have more capacity than any other nation by the end of 2022. That said, right now, the system is essentially at its limit.

“We are exporting every available molecule of gas,” said Daigle.

How has Russia’s attack on Ukraine pushed prices higher?

Russian crude oil represents about 4% of America’s oil supply. Replacing it is possible, but in the short run, current demand will push prices higher. The US gets no natural gas from Russia, but Europe relies on Russia for about 40% of its natural gas to make electricity and heat homes.

Germany canceled the Nord Stream 2 gas pipeline from Russia and has joined with other countries in Europe to reduce their use of Russian energy. But European reliance on Russia remains.

“Market fears about potential disruption to that supply with little ability to compensate in the near-term is pushing natural gas prices through the roof,” said Arvind Ravikumar, an engineering professor at the University of Texas at Austin. “Add in lower storage levels, and prices will likely remain high in the EU for the near future.”

In a global market, those price pressures will be felt in the US If American producers can get a higher price on the global market, that’s where some of their production will go, raising prices back at home.

“Fossil fuel prices are dictated by international markets,” said Gary Yohe, emeritus professor of economics and environmental studies at Wesleyan University. “Fiddling with our supplies a little will not help lower prices here or abroad.”

In the short run, Ravikumar said the US can replace about a third of Europe’s natural gas imports from Russia. But going much beyond that will require large investments in plants to liquify natural gas and receiving terminals and pipelines in Europe to transport it once it arrives.

Those sorts of investments take years to bring online.