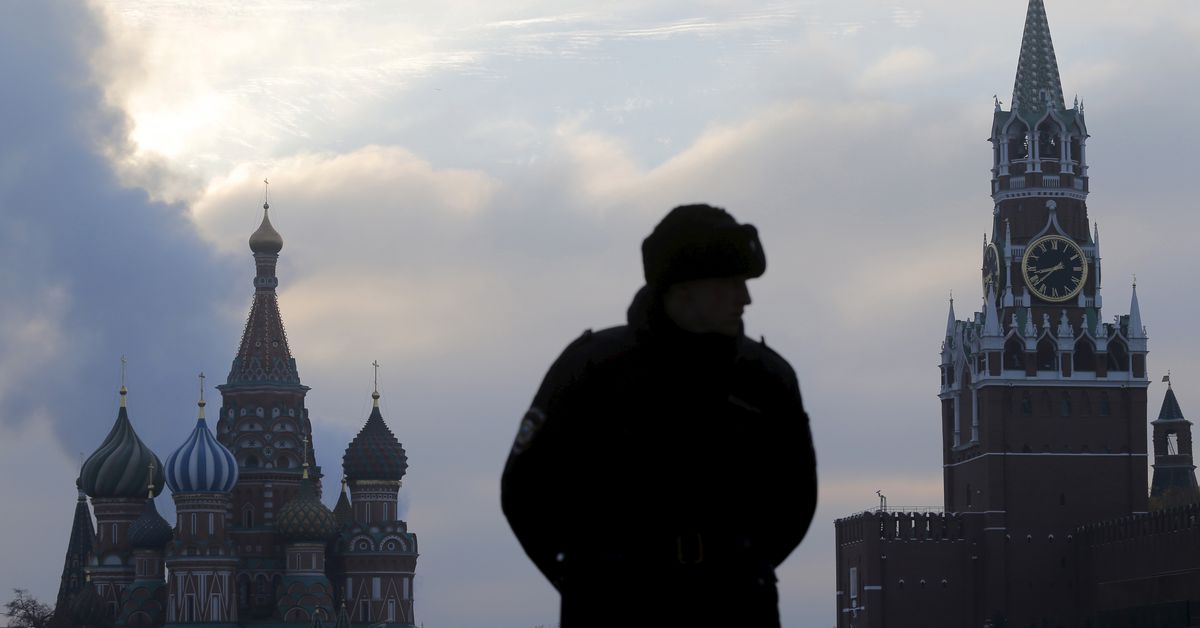 LONDON, March 7 (Reuters Breakingviews) – Russia spent three decades integrating itself into the global economy. The repercussions of President Vladimir Putin’s invasion of Ukraine are winding the clock back in a matter of weeks. It’s a real-time test of how a nation copes when Western technology, capital and consumer goods are suddenly cut off.

The speed with which Russia has unplugged from the developed world is breathtaking. Economic sanctions and public outrage are compelling big companies like Apple (AAPL.O), Nike and Ikea to halt Russian sales read more . Shipping groups have suspended container traffic while international air travel has stopped. Oil giants and global accounting firms are pulling out. Moody’s, which last week deemed Russian government debt worthy of an investment grade rating, now says the country is at risk of default read more .

The rupture is deliberate. Financial sanctions imposed by America, Europe and Japan exposed big weaknesses in Putin’s economic defences, disabling as much as half the country’s $630 billion stash of foreign exchange reserves and triggering a run on the ruble read more . Restrictions on exports of computers, telecoms kit and aircraft parts will hobble Russian industry, which has been increasingly enmeshed into global supply chains. Putin and his officials have responded by preventing capital from leaving the country, abruptly severing intricate financial links.

Ambiguity over the reach of sanctions – and the possibility of further measures – have magnified their disruptive impact. Technology suppliers have stopped fulfilling orders while their lawyers work out what’s permitted. And though Western countries are currently still allowed to buy Russian oil and gas, buyers risk a backlash, as Shell (SHEL.L) found after picking up a discounted cargo of crude on Friday read more . Banks and payments providers are wary of transferring cash, even if sanctions do not apply.

Putin has ways to limit the damage. Russia’s need for foreign capital is limited as exports have exceeded imports every year since 1998 due to overseas sales of energy, which the International Monetary Fund reckons contributed roughly 11% of GDP last year. While the United States is now discussing an oil embargo and Europe plans to rapidly kick its Russian gas habit, China and India may over time prove more willing buyers of Russian hydrocarbons. And the People’s Republic – already Russia’s largest trade partner – can supply some of the electronics and machinery that the West will no longer deliver. Such a pivot will take years, however.

This is not the only example of globalization going backwards. The United States has in recent years become more hostile to Chinese investment, while the People’s Republic wants to depend less on US technology. This has prompted suggestions that the two economies could decouple entirely. Meanwhile, the global pandemic has forced governments to reconsider their reliance on distant suppliers for everything from pharmaceuticals to semiconductors. Pariah states like Iran have operated under various types of US-led sanctions for decades, while North Korea has been pursuing self-sufficiency since the 1950s. But no large country has completely exited the global trade and financial system that emerged after the Cold War.

The consequences of Russia’s reverse globalization are therefore hard to predict. In the short term, life will get worse. Putin’s government can ramp up domestic production of some goods, but others are impossible to replace in the short term. Airbus (AIR.PA) and Boeing (BA.N)which have stopped delivering spare parts and servicing aircraft in Russia, supplied all but nine of flag carrier Aeroflot’s (AFLT.MM) 186-strong fleet. Russia struggles to make its own semiconductors, so products from cars to mobile phone equipment will become scarce. Businesses that use software provided by the likes of SAP (SAPG.DE) and Oracle (ORCL.N)which have both halted sales and support, will have to rethink their systems.

Increasing isolation will widen an economic gap that 30 years of globalization has failed to close. Russian citizens on average produced about three times as much economic output in real terms in 2020 as three decades earlier, but wealthier Western economies did at least as well, according to World Bank data. In 1990, America’s output per head of population was almost seven times Russia’s; in 2020, the ratio was still over six times.

Many Russians will therefore barely register the disappearance of BMW , Netflix or Johnnie Walker. Nevertheless, they have become unwilling participants in a real-time test of what happens when a country tries to rewind globalization at warp speed. Whether Russians are willing to accept the consequences will help determine whether Putin continues his deadly assault on Ukraine, or whether he is eventually forced to back down.

(The author is a Reuters Breakingviews columnist. The opinions expressed are his own.)

– Oil prices soared and shares sank on March 7 as the risk of a US and European ban on imports from Russia and delays in Iran’s renewed nuclear talks boosted commodities and threatened a stagflationary shock for world markets.

– The announcements follow a number of other Western companies including sneakers maker Nike, Sweden’s home furnishing retailer Ikea and French luxury goods firm Hermès International, which have closed shops or offices or ceased operations as trade restrictions and supply constraints have added to political pressure for companies to stop business in Russia.