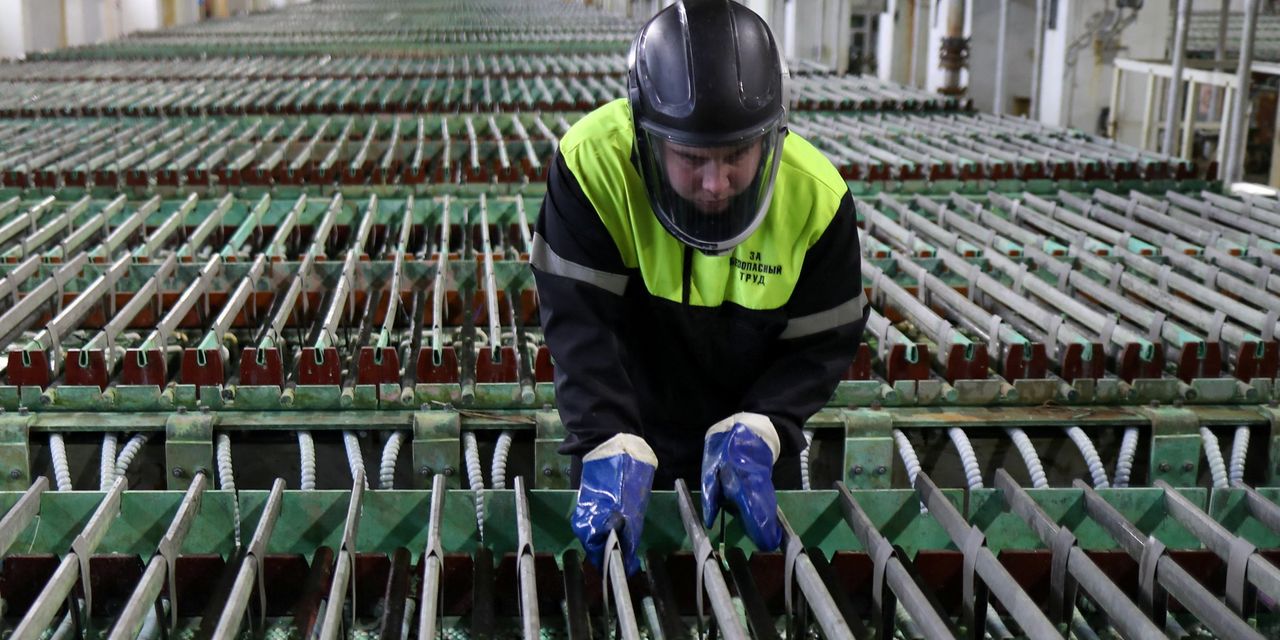 HONG KONG—Chinese nickel titan Tsingshan Holding Group faces billions of dollars in trading losses, people familiar with the company said, after Russia’s war in Ukraine set off an unprecedented rise in the price of a key metal used in stainless steel and electric-vehicle batteries.

The paper loss stood at $8 billion on Monday, before violent moves in nickel prices led the London Metal Exchange to suspend trading in the metal on Tuesday, one of the people said. Late Tuesday, the exchange said it anticipates trading won’t resume before Friday.

Tsingshan’s founder, Xiang Guangda, told a Chinese media outlet that “there have been some moves by foreigners,” and that it is in active negotiations with relevant parties, without specifying who they were and what was being negotiated.

Mr. Xiang was also quoted saying that “relevant government departments and leaders are all very supportive of Tsingshan. Tsingshan is a solid Chinese enterprise and our positions and operations do not have problems,” according to the report in Yicai, a financial-news outlet.

Some of Tsingshan’s creditor banks in China have become concerned about the effect of the company’s trading losses on its balance sheet, according to the people familiar with the company. They were assured by the firm on Tuesday that its financial position was sound and that it could weather even “extreme losses” from the forward contracts, according to one of the people.

Privately held Tsingshan, which means “green mountain,” is based in the Chinese city of Wenzhou and owns production plants in Indonesia, India and Zimbabwe. Founded in 1988, the company roiled the nickel market in recent years after it produced a flood of low-cost material known as nickel-pig iron, weighing on global prices.

More recently, it has muscled into the electric-vehicle industry, supplying large volumes of nickel matte to EV battery manufacturers in China and elsewhere. The firm recorded $19 billion in revenue last year.

For years, Tsingshan routinely sold nickel using forward contracts as part of its regular hedging, according to the people familiar with the company.

A big question in the metals market is whether the company also stands to make big profits from the price rise on the metal it produces, which could offset its trading losses on the LME. A trader said the answer would in part depend on the extent to which Tsingshan had locked in prices for its metal.

Prices of oil, natural gas, wheat and industrial metals have experienced haywire moves since Russia invaded Ukraine last month, a sign of the unexpected economic consequences of Russia’s invasion and the punishing sanctions unleashed in response. Russia is a major supplier of nickel, which was already in short supply due to strong demand as an ingredient in lithium-ion batteries that power electric vehicles.

Nickel prices usually move a couple of percent a day. They surged 66% Monday and then on Tuesday, the price briefly doubled. “I don’t think I can ever recall seeing a chart that looks like that,” said Geoffrey Sambrook, who traded on the LME for almost three decades for companies including

& Co. and now blogs under the pseudonym Lord Copper.

The advance in nickel prices, beginning with the invasion, inflicted losses on companies, including Tsingshan, that had sold nickel contracts to lock in prices for their metallic products. Those companies, their banks and their brokers struggled to meet margin calls from exchanges, traders said. They rushed to close out losing positions by buying back nickel contracts.

Hardly anyone would sell to them, the traders said, so the purchases led to a huge rise in prices in a self-reinforcing dynamic known as a short squeeze. The crescendo arrived early Tuesday, when the price of nickel on the London Metal Exchange hit a record high of over $100,000 a metric ton before pulling back somewhat.

The LME, a unit of

suspended the nickel market, the first time it has frozen trading for a metal since the collapse of an international tin cartel in 1985.

The exchange said trading could be closed for several days, giving market participants time to find cash to pay margin requirements. Nickel trades carried out on Tuesday before the suspension will be canceled. The LME said it would lay out further steps to ensure the market acts in an orderly way when it reopens.

Principa Capital, a London-based macro hedge fund put on long nickel positions last week and tried to liquidate them Tuesday morning, but the trades were later canceled and are under review by the LME.

“It’s not very clear how trades will be closed or marked. This is creating a lot of uncertainty,” said Ashraf El-Ansary, Principa’s managing partner.

The LME—with an arcane collection of contracts and a diverse array of miners, traders and investors—is occasionally home to unusual market moves. US sanctions on Russian producer EN+ Group caused aluminum prices to jump four years ago.

racked up billions of dollars in losses after chief trader Yasuo Hamanaka tried to corner the copper market. Mr. Hamanaka would go to prison for fraud and forgery.

—Anna Hirtenstein contributed to this article.

Write to Jing Yang at Jing.Yang@wsj.com, Rebecca Feng at rebecca.feng@wsj.com and Joe Wallace at Joe.Wallace@wsj.com