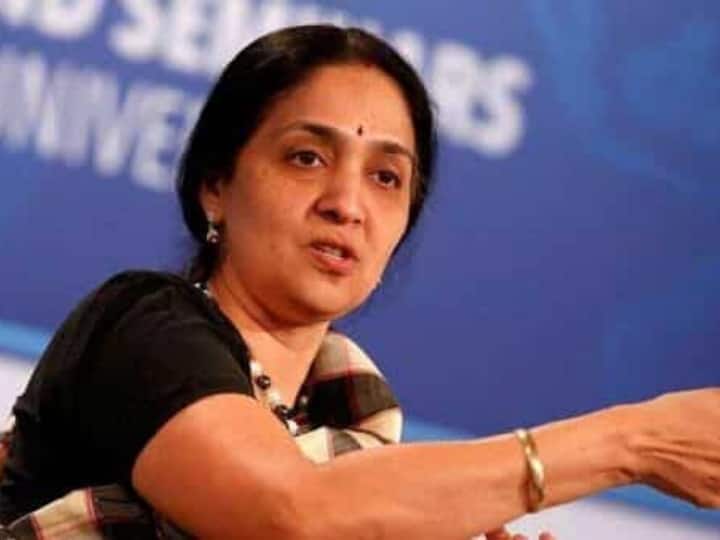 Ramkrishna was arrested in Delhi and was taken for medical checkup, officials said.

She was later lodged in lockup at the CBI headquarters, they said.

The CBI had grilled Ramkrishna for three consecutive days and carried out searches at her residence, officials said, adding that she was not giving proper responses.

The central probe agency had also used the services of a senior psychologist of the Central Forensic Science Laboratory who also questioned her, they said.

The officials said the psychologist had also come to the conclusion that she was evasive in responses leaving no option for the agency but to arrest her.

A special CBI court had on Saturday rejected her anticipatory bail application, they said.

The CBI, which was probing the co-location scam since 2018 against a Delhi-based stock broker, swung into action after a Sebi report showed alleged abuse of power by the then top brass of the NSE, the officials said.

On February 25, the CBI had arrested former NSE group operating officer Anand Subramanian after expanding its probe into the co-location scam in the exchange following “fresh facts” in the Sebi report that referred to a mysterious yogi guiding the actions of Ramkrishna.

The Securities and Exchange Board of India (Sebi) on February 11 had charged Ramkrishna and others with alleged governance lapses in the appointment of Subramanian as the chief strategic advisor and his re-designation as group operating officer and advisor to MD.

Subramanian was allegedly referred to as the “yogi” in the forensic audit but Sebi in its final report had rejected the claim.

Ramkrishna, who succeeded former CEO Ravi Narain in 2013, had appointed Subramanian as her advisor who was later elevated as group operating officer (GOO) at a fat pay check of Rs 4.21 crore annually.

Subramanian’s controversial appointment and subsequent elevation, besides crucial decisions, were guided by an unidentified person who Ramkrishna claimed was a formless mysterious yogi dwelling in the Himalayas, a probe into Ramkrishna’s email exchanges during the Sebi-ordered audit showed.

Sebi has levied a fine of Rs 3 crore on Ramkrishna, Rs 2 crore each on NSE, Subramanian, former NSE MD and CEO Ravi Narain, and Rs 6 lakh on VR Narasimhan, who was the chief regulatory officer and compliance officer.