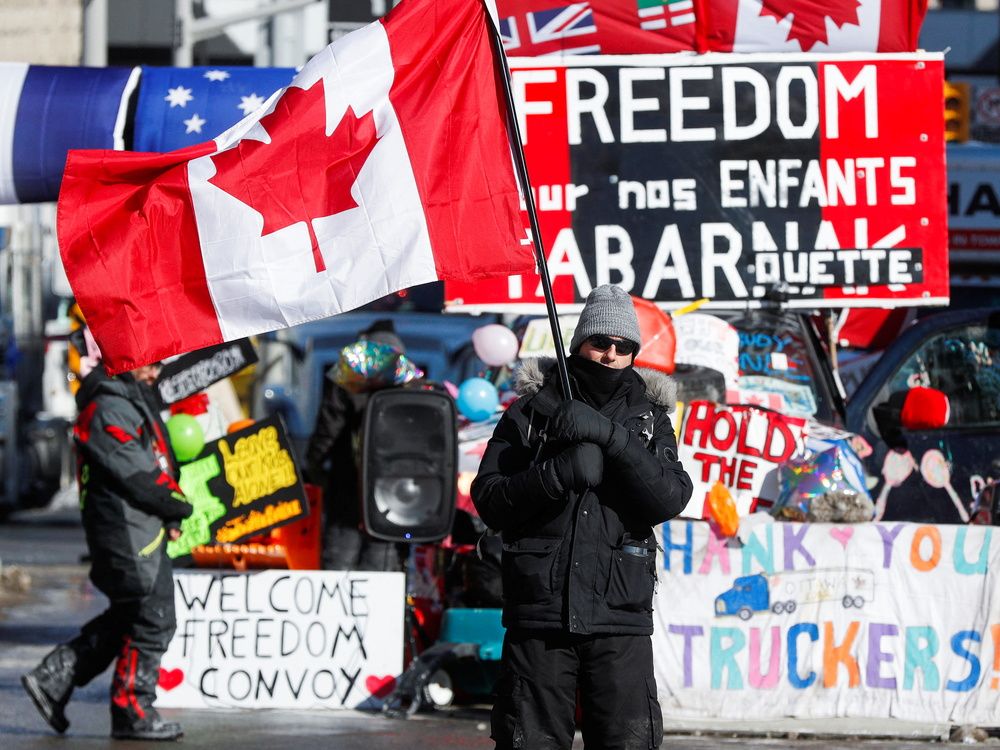 Ontario’s justice ministry seized some of the bitcoin raised in a donation drive in support of the Ottawa trucker protest, but ultimately gave up control of the coins after running into opposition from a fundraiser’s lawyer, a court heard on Wednesday.

According to documents filed in the Ontario Superior Court of Justice, the seizure took place on Feb. 28 and was related to an unspecified criminal investigation. The documents and Wednesday’s hearing were part of a separate civil lawsuit that local residents filed against the so-called “freedom convoy” protesters.

Nicholas St. Louis, an Ottawa man who previously described himself as the “bitcoin team lead” for the protests, said in court filings that he was about to comply with an order from that civil suit to freeze the bitcoin by transferring them into escrow before a joint police task force executed a search warrant on him

“Officers forcibly removed me from my apartment and took me to an unmarked police vehicle,” St. Louis said. “Police wanted the seed phrases for my crypto wallets. Under police compulsion I provided my seed phrases.”

Seed phrases are the equivalent of passwords for cryptocurrency, held in digital wallets. Bitcoin does not have traditional intermediaries that can intercept transactions, and the seed phrase is the sole determinant of who controls the coins.

Donations to the so-called “freedom convoy” have totaled more than 22 bitcoin, worth in excess of $1.1 million at current prices. Local residents fed up with the disruption eventually sued the protesters in a proposed class-action lawsuit, in which they sought a freeze on any cryptocurrency the group had raised.

St. Louis said the police took 0.28 bitcoins (worth about $15,000) from him and that the rest of the funds, held in a variety of digital wallets, were outside of his sole control. In a Twitter Spaces audio discussion, St. Louis had earlier said that he had given out 14.6 bitcoins to truckers, before any court order forbade him to distribute them.

Court filings show that after the seizure, lawyers representing multiple parties involved in the local residents’ lawsuit discussed the matter with a justice ministry lawyer.

The discussions continued through Sunday and ended with St. Louis’s lawyer, Norman Groot, notifying the province that he would ask the court to order the province to give up control of the coins.

The court heard Groot’s request on Wednesday, during a previously scheduled event that also went into other matters in the case.

Melissa Adams, representing the province, told the court that the Ontario Provincial Police has handed over the seed sentences to a court-appointed escrow agent in the civil suit by local residents.

The escrow agent will hold the coins and other funds in the case until the court decides on the substance of the residents’ lawsuit. St. Louis has said that he was about to hand over his seed phrases to Groot to give to the same escrow agent before they were seized.

Experts have said that the original court order to freeze the coins — sought by Lenczner Slaght on behalf of Champ & Associates, representing the residents — was the first of its kind for cryptocurrency.

Adams did not elaborate on the province’s move to cede control of the coins or the scope of the criminal investigation. But Groot told the court that the matter had dragged on until “the 11th hour” and that the province’s ceding of control “was not done voluntary.”

St. Louis said in his affidavit that he has committed no offenses and has not been charged with any.

In addition to the OPP, the RCMP and Ottawa police were also part of the task force that executed the search warrant on St. Louis, according to Groot. The latter two forces declined to comment.

The “freedom convoy” protests began with the aim of voicing opposition to vaccine mandates but went on to encompass other concerns and have caused disruption in Ottawa for weeks.

The proposed class-action lawsuit against the protesters by local residents is ongoing, and none of their allegations has yet been proven in court.

Sign up to receive the daily top stories from the Financial Post, a division of Postmedia Network Inc.

Thanks for signing up!

A welcome email is on its way. If you don’t see it, please check your junk folder.

The next issue of Financial Post Top Stories will soon be in your inbox.

We encountered an issue signing you up. Please try again