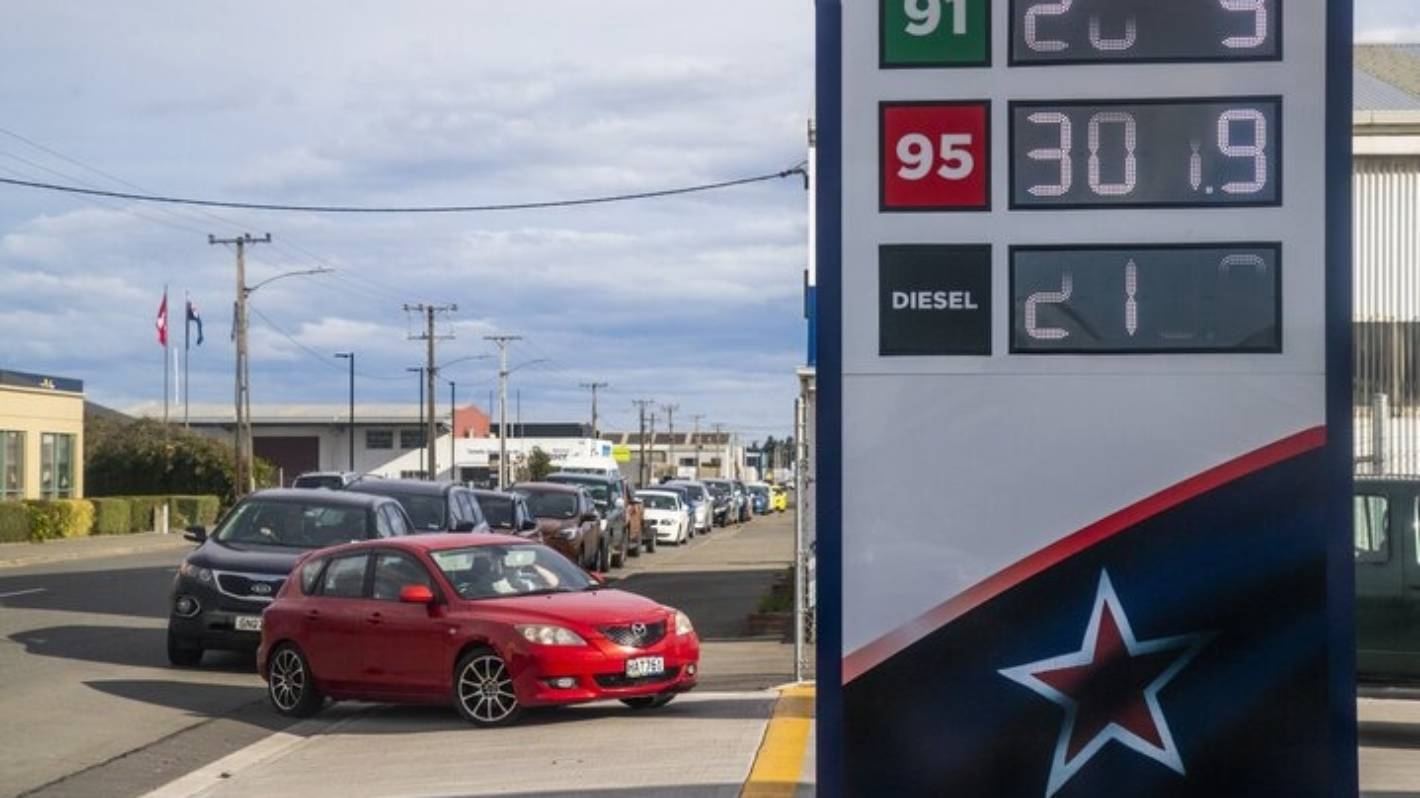 The Motor Industry Association is urging motorists not to be tempted to use a lower grade of petrol in an effort to save money in the face of record high prices.

Some petrol stations ran out of petrol and prices lifted in others on Friday after long queues formed at stations around the country.

This followed Waitomo Group’s announcement that it had been advised by its supplier that prices would increase on Friday evening.

Reports from motorists and industry spokespeople suggested the high demand had eased by Saturday, and several companies reassured the public there was not a nationwide petrol shortage.

READ MORE:
* Petrol prices on hold at Gull stations for the weekend, after surge in demand at pumps
* Petrol station runs dry of fuel as queues form throughout the country, drivers warned of price hike
* Petrol prices around Taranaki Maunga continue to climb

The Motor Industry Association’s principal technical advisor Mark Stockdale said owners of cars that require a higher grade of fuel, such as 95 or 98 octane, risked doing long-term damage to their engine if they used a lower grade than recommended.

“It may be tempting to use 91 octane to save a few bucks, but it is a false economy. If you use a lower grade than required, it could end up costing far more than any saving in the price of fuel.”

About 20 per cent of new petrol cars sold required a minimum of 95 octane, he said.

Waitomo Group managing director Jimmy Ormsby said his heads up to drivers to fill up on Friday before prices increased was not intended to a marketing gimmick, and the company thought it was doing the right thing by giving people the opportunity to fill up their tanks before it had to raise its prices.

“We have been battling to keep our prices low for some time in the face of crude oil costs rising globally, and domestic inflation pressures. The spread had grown to be quite material, so we had to move, but we wanted to give some warning of it.”

Waitomo had a low cost business model that enabled them to manage their margins effectively, he said. “Hopefully, that should allow us to keep our prices as low as we can for our customers.”

Although some of its stations were still out of fuel that was expected to be sorted by later on Saturday.

While prices were raised by many companies, including Waitomo and Z (which also operates Caltex), prices had not skyrocketed across the board.

Gull’s retail operations manager, Mike Turner said while oil prices had been volatile over recent weeks, and the company planned to review its pricing over the next week, it would keep its prices on hold over the weekend.

On Saturday, Waitomo Frankton in the Waikato had one of the cheapest prices for 91 in the country, at $2.10 a litre, according to Gaspy.

Gareth Chaplin of the Institute of Economic Research, said Waitomo was a sensible, grounded company, and was probably as surprised by the reaction to its announcement as everybody else.

Oil prices were at near record high levels, due to ongoing turbulence in the industry, and the War in Ukraine had come at the worst possible time, he said.

“It may all blow over, and if the Ukraine crisis is resolved in the next couple of weeks, we may see prices fall back, but at the present, the prognosis is that prices are likely to stay high for the next few months.”

During Covid demand dropped back and that led suppliers to drop production in response, he said. “Now normality is returning to the world, demand has gone up and orders are increasing, but the refineries are hesitant to boost production until they have more certainty.”

That meant the industry was in a transition phase, and the Ukraine crisis was compounding the pressure on supply and costs, he said.

“If the government wants to provide some relief for motorists it could look at reducing or removing the GST component of fuel, which sits on top of the various other fuel taxes.

“But governments tend to say it is too complicated to remove GST on a particular product as it could create distortions and require more administration.”

Finance Minister Grant Robertson said on Thursday it was “not the end of the road” for petrol and diesel price hikesand the AA has predicted petrol could hit $4 a litre.