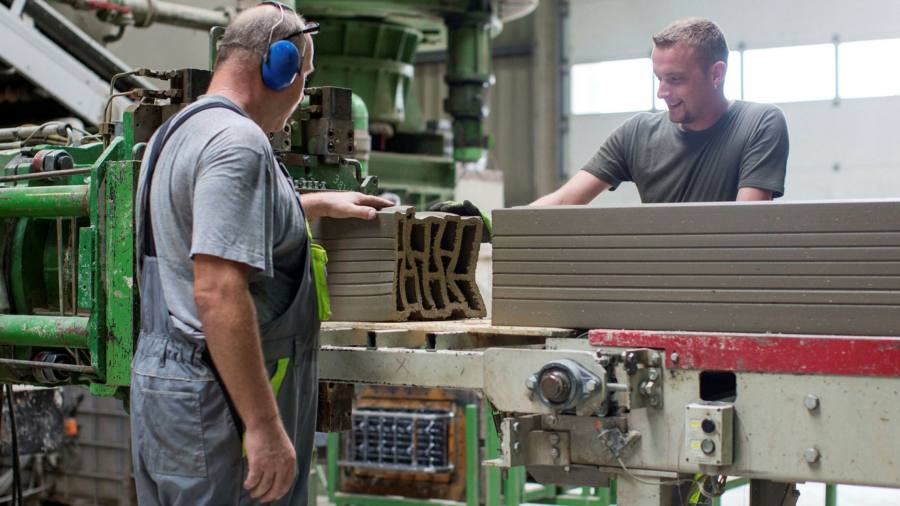 Europe is facing shortages of building materials as companies have stopped production because of surging energy costs and “chaotic” EU policies, the head of the world’s biggest brickmaker has warned.

Heimo Scheuch, chief executive of Austrian-based Wienerberger that makes roof tiles and pipes as well as bricks, said many of the company’s smaller rivals had been forced to shut plants, hitting production.

“They have literally closed down operations over the winter months, which leads to an undersupply,” he told the Financial Times.

“We need to be careful, otherwise we have too much increasing demand that we cannot satisfy from one day to the other. It’s new ground for us.”

His warning came after the invasion of Ukraine by Russia triggered further volatility in natural gas markets, pushing European wholesale prices for next day delivery up 38 per cent on Friday to €205 per megawatt hour, a ninefold increase compared with a year ago.

Scheuch said Wienerberger’s operations in Russia, which include two brick plants, have not been affected by the invasion of Ukraine so far.

But he warned a long war could eventually hit business and investment decisions in construction across Europe and North America.

British contractors are already reporting shortages of materials including bricks, roof tiles and plastic products that could worsen if the war in Ukraine causes further increases in energy prices, which could then lead to delays in the building of houses and industrial plants.

As well as the fighting in Ukraine and record-high gas prices, building contractors across Europe are battling with increasing inflation and shortages in skilled labour.

Energy is the world’s indispensable business and Energy Source is its newsletter. Every Tuesday and Thursday, direct to your inbox, Energy Source brings you essential news, forward-thinking analysis and insider intelligence. Sign up here.

This has led to bankruptcies in countries such as the UK, where hundreds of construction businesses are going bust every month owing to the jump in materials prices and the shrinking pool of skilled workers.

Scheuch said “chaotic” EU policies on energy, particularly over cutting carbon emissions, and labor lacked cohesion, leading to the shortages. “The issue in Europe is we have a chaotic approach and this will harm us.”

He cited Germany’s failure to propose alternatives after it dropped nuclear power as an energy source, because of Japan’s Fukushima nuclear disaster, as an example of knee-jerk decision-making.

While Wienerberger has bought about 90 per cent of its gas for 2022 in advance, companies in countries such as Spain, Italy and Poland have been forced to make production cuts because of the surge in energy costs.

Spain’s Grespania has slashed its annual ceramic tile production by 15 per cent since last November. It has plans to make a cut of the same amount in the second quarter, should gas prices stay high.

Chief executive Luis Hernandez said the EU goal to reduce emissions by 55 per cent by 2030 would result in the “destruction of Spain, Italy and Poland’s ceramics industries” as expensive gas and carbon prices drained money needed to decarbonise kilns.

He added that the loss of production might be permanent if Turkish, Arabian and Indian imports made up for shortfalls.

The Trade Secrets Newsletter is the FT’s must-read email on the changing face of international trade and globalization. Written by FT trade specialist Alan Beattie, it is delivered to your inbox every Monday. Sign up here