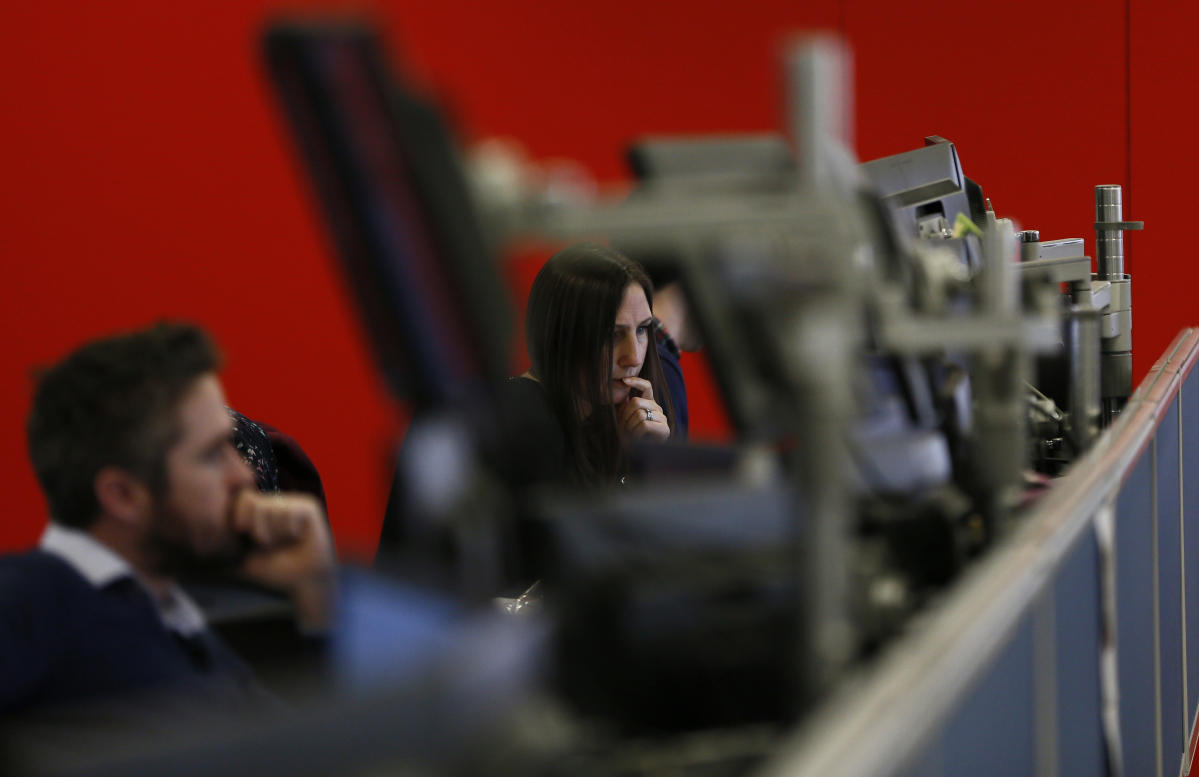 Wall Street was up after Russian president Vladimir Putin said there were “certain positive shifts” in talks with Ukraine.

UK shares rose after data showed that the economy rebounded more quickly than expected in Januaryjumping 0.8% compared to forecasts of 0.2%, according to figures from the Office for National Statistics (ONS).

Energy stocks were up, supported by a rally in crude oil prices following Russia’s invasion of Ukraine.

Richard Hunter, head of markets at Interactive Investor, said: “The underlying defensiveness and exposure to energy sectors has seen some interest in a UK market which is still seen as undervalued compared to many of its global peers.

“At the same time, an average dividend yield of approaching 4% is providing some solace to investors.”

Grocery warehouse technology business Ocado (OCDO.L) surged 5%, leading gains after what the company described as a “conclusive victory” over AutoStore (AUTO.OL) in a patent dispute.

Cybersecurity firm Avast (AVST.L) has joined the list of FTSE 100 companies that has suspended operations in Russia.

Markets are still reeling from the European Central Bank’s hawkish surprise, saying it would stop pumping money into financial markets this summer even as war in Ukraine threatens to disrupt global recovery.

Read more: ISA: Five global fund ideas for investors to have on their radar

Investors stamped out of European equities at their fastest pace on record as the Russian invasion of Ukraine forced investors to seek shelter in perceived safe-haven assets like gold and cash, according to figures from Bank of America.

The selling on Asian markets came as the Securities and Exchange Commission (SEC) said some Chinese firms faced delisting from US exchanges by 2024 unless they allowed watchdogs to fully review their audits.

As many as 270 companies are believed to be at risk, but the SEC identified five that have already filed their 2021 results.

Meanwhile, crude oil prices remain well above the $100 a barrel mark. Brent crude (BZ=F) was trading at $110 a barrel this Friday amid fears over a Russian shortfall.

Watch: Why are gas prices rising?