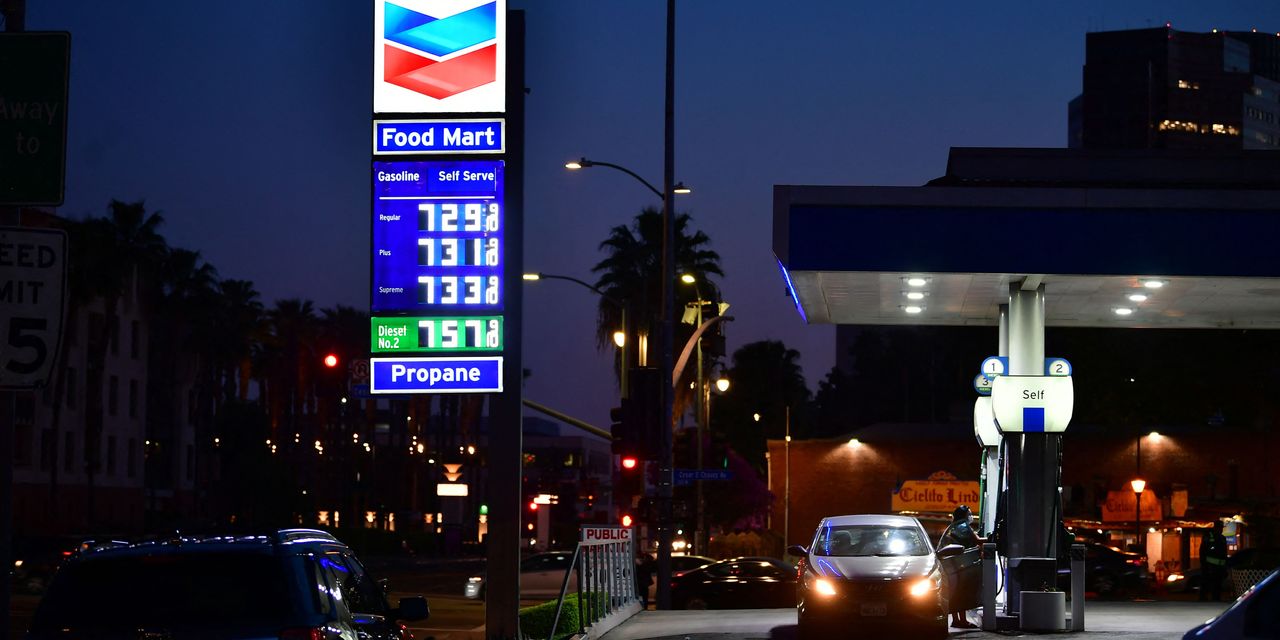 
The Russia-Ukraine war has piled an oil-price shock on top of already red-hot inflation, spooking American consumers and dragging down US spending. The result is far slower growth and stronger pricing pressures than had previously been expected—and a heightened risk of a recession later this year.

slashed its economic forecasts to account for the continuing geopolitical conflict, which has driven up prices for energy and food and is straining global supply chains. The US economy is now likely to grow at a 0.5% rate in the first quarter and 1.5% in the second, Goldman said in a note Thursday, down from 1% and 2.5% previously. For the year, the firm is forecasting 1.75% GDP growth overall, down from 2%.

The probability that slowdown could risk pushing the US into a recession later this year is roughly 20% to 35%, the firm said.

Every weekday evening we highlight the consequential market news of the day and explain what’s likely to matter tomorrow.

Goldman economists are far from alone. Texas-based Comerica Bank on Thursday downgraded its growth outlook to 3.2% for the year, down from 4%. And Yardeni Research, which sells market analysis to money managers, adjusted its forecast from 2.8% real GDP growth this year down to 2%.

“Prior to Putin’s War, the consensus outlook for the economy was that while the Omicron wave depressed economic activity during January, economic growth was likely to rebound as the pandemic abated,” Ed Yardeni, a former Federal Reserve economist and veteran investment strategist who leads the firm, wrote Friday. “Now we see a more stagflationary outlook with persistently higher inflation and less economic growth.”

A recession, he continued, “no longer can be ruled out.”

The risks posed by the Russia-Ukraine war are multifold, affecting not only commodity prices and spending but consumer sentiment and international exports as well. Goldman estimates the combination of rising gas and food prices alone—which are spiraling higher even as prices overall already hit a 7.9% annual pace of growth last month—will “create an effective 0.7pp drag on real disposable income in 2022,” economists led by Jan Hatzius wrote.

suggests some of those effects may already be taking hold, particularly for lower-income households whose pandemic savings are dwindling and who are forced to spend a larger share of their income on food and gas. While Bank of America card data showed households across the income spectrum have increased their spending on gas, lower-income consumers have in exchange reduced their spending on clothing and furniture.

Falling consumer sentiment, too, is expected to “create an incremental drag on consumer spending,” Goldman said. Data from the University of Michigan on Friday showed the consumer sentiment index is down nearly 30% over the past year and 5% over the month, reflecting the uncertainty posed by the Russia-Ukraine war.

To be sure, some aspects of the US economy remain strong, and Americans’ continued spending of excess savings built up over the past two years—in combination with the reopening of the services sector—are expected to keep growth positive over the next several months . The labor market is tight and continuing to improve as more Americans, shaking off fears of the coronavirus and benefiting from the reopening of schools, return to work.

That strength, in combination with persistent inflation, is expected to keep the Federal Reserve on a path of monetary policy tightening this year, even in spite of the significant uncertainty caused by the war.

“The energy spike makes the Fed’s job harder,” Scott Ruesterholz, a portfolio manager with Insight Investment, wrote on Friday, adding that the central bank “is stuck between both the inflationary and economic pressure presented by rising energy prices.”

But even as inflation looks likely to remain elevated for longer, “we believe the domestic US economy currently looks well-placed to weather the strain given a healthy buffer of consumer savings and domestic production.”

Write to Megan Cassella at megan.cassella@dowjones.com