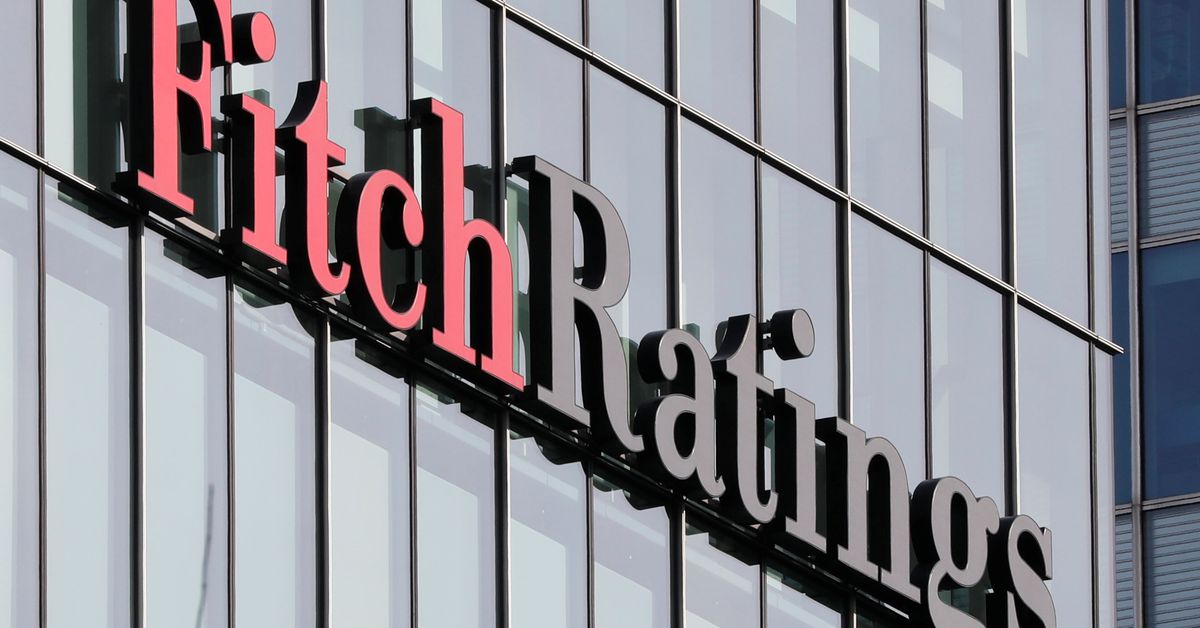 The Fitch Ratings logo is seen at their offices at Canary Wharf financial district in London,Britain, March 3, 2016. REUTERS/Reinhard Krause

March 8 (Reuters) – Fitch on Tuesday downgraded Russia’s sovereign rating by six notches further into the junk territory to ‘C’ from ‘B’, saying a default is imminent as sanctions and trade restrictions have undermined its willingness to service debt.

The country’s financial markets have been thrown into a turmoil by Western sanctions after it invaded Ukraine, raising significant concerns over its ability and willingness to service debt. read more

The rating firm pointed to Presidential decree, which could potentially force a redenomination of foreign-currency sovereign debt payments into local currency for creditors in specified countries.

“‍Further ratcheting up of sanctions and proposals that could limit trade in energy increase probability of a policy response by Russia that includes at least selective non-payment of its sovereign debt obligations,” the ratings agency said in a statement.

On March 16, Russia is due to pay $107 million in coupons across two bonds, though it has a 30-day grace period to make the payments. read more

The ‘C’ rating in Fitch’s assessment is only one step above default, bringing it in line with the Moody’s current equivalent score of ‘Ca’.

The change comes less than a week after Fitch revoked Russia’s investment-grade status, slashing its rating to “B” from “BBB”. Peers Moody’s and S&P had also lowered their sovereign ratings. read more

Reporting by Taru Jain in Bengaluru; Editing by Arun Koyyur