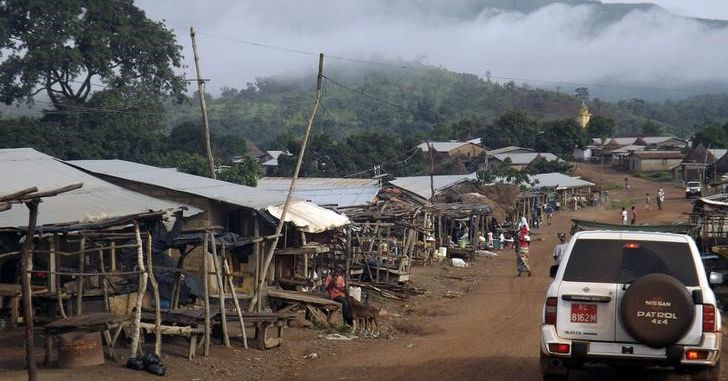 CONAKRY, March 11 (Reuters) – Guinea’s ruling junta has ordered the cessation of all activities at the massive Simandou iron ore deposit owned by Rio Tinto and a Chinese-backed consortium, saying it was seeking clarification of how Guinea’s interests will be preserved.

Simandou, in Guinea’s remote south-eastern corner, is the largest known deposit of its kind, holding more than 2 billion tons of high-grade ore, but legal disputes and the cost of building infrastructure have left it entirely untapped decades after its discovery.

In a statement read on national television late on Thursday, Guinea’s interim government said interim president Mamady Doumbouya, who took power in a military coup in September, had not seen any progress towards developing the project.

“He therefore ordered the cessation of all activity on the ground pending the answers to questions posed to various actors and the clarification of the operational mode by which the interests of Guinea will be preserved,” government spokesperson Ousmane Gaoual Diallo said.

Of the companies involved in the project, Rio Tinto (RIO.L), (RIO.AX) said it had no comment and neither Chinalco nor Winning Consortium Simandou (WCS) immediately responded to requests for comment on the junta’s order.

As Guinean frustration mounts, a source with direct knowledge of the project, speaking on condition of anonymity, said Doumbouya had put pressure on Rio and WCS to find a way to collaborate on a costly railway needed to transport iron ore from Simandou.

Eric Humphery-Smith, analyst at Verisk Maplecroft, said: “This may be about pushing the Simandou North and South partners closer together to develop the infrastructure, but the parties are still far from reaching an agreement on that matter.”

Simandou is a strategic asset for China as it seeks alternatives to Australian iron ore in response to a trade war between Beijing and Canberra. High-grade iron ore is prized worldwide as it reduces steelmaking costs and emissions because it results in less waste and energy use.

Chinese-backed consortium SMB-Winning won a government tender in November 2019 for Blocks 1 and 2 of Simandou. It is developing the northern half of the mine and associated infrastructure through WCS and has said it aims to start producing iron ore in 2025 and start shipping by end-2026, a timeline analysts say is ambitious.

It is unclear whether or how the two companies could work together on the 670-kilometre “Transguinean” railway being built to get Simandou ore to market.

Guinea’s government has said any developer of the mine must build the railway spanning the country, even though it adds significantly to the cost of developing the mine and the route to port through neighboring Liberia is much shorter.

Rio Tinto has previously said it would collaborate with those building the infrastructure, and CEO Jakob Stausholm said in October he saw the development as one integrated project.

In an update on the Simandou project released last month in its 2021 financial results statement, Rio said it continued to engage with stakeholders including the government of Guinea, a new drilling program had begun, and construction and early development works were expected to be carried out this year.

A Reuters investigation in August last year found WCS started blasting a railway tunnel in a habitat for critically endangered chimpanzees with no plan in place to manage the impact on the animals. read more

WCS said, without providing evidence, that no blasting took place before it received the required permits or before the environmental assessment had been approved.

Rio declined to comment on the construction works at the time, saying its railway solution was under study.