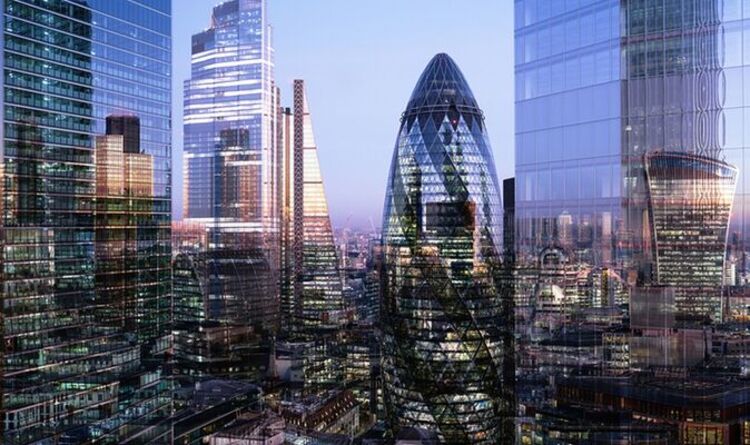 2021 saw a record year for initial public offerings (IPOs) with more than 120 companies choosing to list on the London Stock Exchange. Brokerage SquaredFinancial is among those now considering an IPO in the City, with either London or New York being eyed up as options. Its founder and chair Philippe Ghanem told Express.co.uk London had great “energy” and suggested Brexit had not been a huge impediment to its status. Currently European financial tech (Fintech) companies are increasingly looking to New York or London as locations to launch due to more favorable regulation.

While New York is currently leading on this front, the UK has seized the opportunity since Brexit to review its financial regulation and look at ways to make the City more attractive to companies.

The UK Government is particularly keen on attracting fintech companies with Downing Street hosting a meeting earlier this year with a number of firms, including the UK’s most valuable fintech Checkout.com– valued at £30.37 billion ($40billion).

Checkout.com has yet to IPO, though its founder Guillaume Pousaz has said it is “the right path” for the company.

According to those at the meeting, the government stressed a commitment to helping tech firms and stated a belief in their role in boosting UK productivity.

Mr Ghanem said he “salutes the work of the FCA” in reviewing the UK’s regulation.

A key area for SquaredFinancial has been cryptocurrencies which have seen growing investor interest, particularly among younger demographics.

Mr Ghanem explained that while cryptocurrencies offered great “democratization” of finance, he believes education is highly important and remains a key value for the firm, with a desire to give customers good access to information.

To this end SquaredFinancial has partnered with analytics provider Quant Insight to provide customers with market insights using the firms iQbyQI AI system, which has previously only been available to institutional traders.

The array of cryptocurrencies available has exploded in recent years with more established tokens such as Bitcoin and Ethereum being joined by meme coins such as Shiba Inu and Doge Coin.

Mr Ghanem suggests consumers may end up preferring tokens with a real world asset underpinning them such as the dollar or pound.

Examples of this have been stablecoins such as Tether, which is linked to the US dollar, as well as plans for central bank digital currencies.

In the UK the Bank of England is currently pursuing this idea, launching a consultation into its own digital currency, popularly dubbed Britcoin.

This has however had some pushback, with The House of Lords Economic Affairs Committee branding it a “solution in search of a problem”.

Firms like SquaredFinancial meanwhile have welcomed the prospect of regulation and engagement from governments and central banks, with digital currencies seen as a way of helping cryptocurrencies become mainstream.

Mr Ghanem explained there would be a “tipping point” when such technologies would need wider adoption.

Digital assets are currently proving an important part of SquaredFiancial’s expansion with a digital asset operation being launched in the US last month, alongside its more traditional offerings.