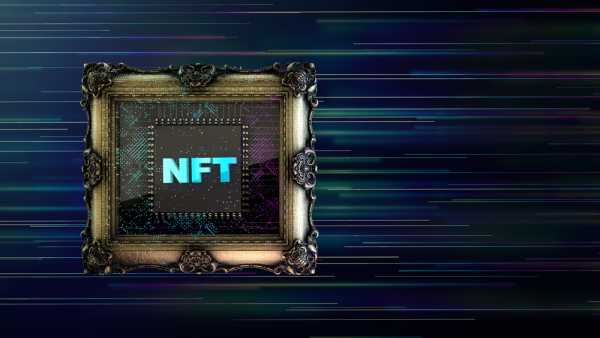 These rare tokens first gained traction in October 2017 with the introduction of CryptoPunks, the world’s first marketplace for “rare digital art.” They were essentially non-fungible tokens with no publicity outside of the blockchain community at the time, but they are now seeing huge rapid growth.

According to nonfungible.com, over $2 billion was spent on NFTs in the first three months of 2021, a 2,100% increase over the fourth quarter of 2020. A total of $1.2 billion worth of NFTs were sold in July 2021, accounting for over half of the year’s total sales volume of $2.5 billion, according to DappRadar.

The year 2021 will be remembered as the Year of the NFT, the year in which visionaries, architects, developers, and venture investors began imagining the next generation of public digital infrastructure. One of such firms that are focused on bringing the NFTs and Web3 digital initiative to greater mass adoption is Nexus Project, a web3-based payment infrastructure to small and large scale enterprises.

While it’s tempting to dismiss NFTs as merely digital art, their value extends far beyond digital treasures and profile images used for social media clout. Although the ultimate significance of NFTs on business and culture is yet to be fully explored, their rising popularity compels anybody with an inquisitive mind to delve deeper into the existing ecosystem.

Nexus will also be issuing a generative NFT and LivingProof NFT, a platform to create one-of-a-kind NFTs signed by celebrities and popular artists. Nexus is connecting major name brands and IPs in sports, culture, collectibles, and technology to the blockchain by granting NFTs utility in the fast-evolving Web3. Nexus has created a process to verify creators on its platform, providing an increased level of trust and authenticity for users.

The platform also allows the issue of “Gatcha-like NFTs mystery boxes, this will provide collectors with the opportunity to unbox rare digital collectibles. Each collection is made up of individually wrapped NFTs assembled by separate curators.

The project is also working towards tokenizing its loyalty point services, making it the first mover in this kind of integration. This will enable merchants to deploy unique digital rewards/points services, a reward system for loyal customers, ensuring secure, transparent, and tamper-proof mainstream payment services.

In an era of web3.0 innovations and explosive adoption, Nexus Project has integrated its digital incentive/point services as a Web 3.0 payment solution built on top of Nexus Token (NXD), a multi-chain token economy. The implication is that its payment service is utilizing a web3 digital framework that decentralizes its payment network, ensuring the privacy of data, the efficiency of service, low transaction cost, and ultra-fast network.

Nexus has already reached several collaborations with numerous firms in the UAE, which has aided the integration of the loyalty point payment services across many retail outlets, restaurants, and other establishments, primarily in Dubai and Abu Dhabi. Nexus has made it seamless and easy for any store or business outlet to easily integrate digital rewards/points services without investing a substantial sum of money to install the system.

The potential of web3 to democratize, decentralize and improve the internet is huge and that’s exactly what Nexus is accomplishing within the payment sector. Web 3.0 is not just a technological advancement, but also a substantial shift for both businesses and consumers. With Nexus, merchants and customers will be exposed to tokenized loyalty points which, when accumulated, can be redeemed for physical goods and services.

The Future Is Web3.0

Web3 is able to bring services and products to people and businesses with high added value because of their assertiveness and high customization. Nexus web3 payment infrastructure eliminates third parties which are dominant in traditional payment services, thereby giving consumers and users more autonomy and freedom to transact freely within a secure and transparent environment.

At the time, Web3 may be said to have begun to take shape. I think that as blockchain technology advances, it will expand the boundaries of the Web3 empire, causing it to find increased application and adoption in almost every known industry.