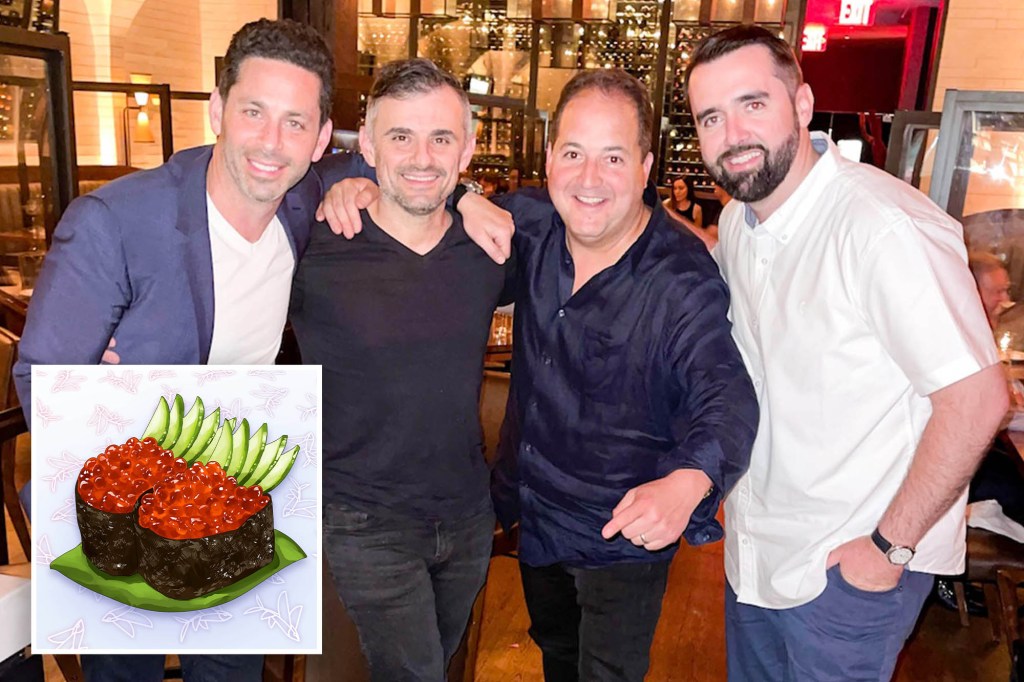 There’s a newfangled financial model for the still-struggling food and beverage industry: the world of the blockchain, crypto and NFTs.

Think of it as a 21st century version of a country club or the trendy Soho House. A one-time membership fee pays for access to a club (or a restaurant or bar) – and gets you access to a group of people like you. The restaurants also get a percent of each future transaction every time an NFT is bought and sold.

Brooklyn Chop House, which is slated to open in Times Square next month, is launching an NFT membership in its sub-cellar space on May 1, Side Dish can reveal exclusively.

Membership — purchased in the cryptocurrency Ethereum — will range from $8,000 all the way to $1 million. Most memberships will get you access to the space, just like a membership at a private club. But the million-dollar NFT will come with a quarter of a percent ownership in the restaurant, Stratis Morfogen, director of operations for Brooklyn Chop House, tells Side Dish.

There’s also a $20,000 gold membership that includes prime reservations for up to 20 guests per month plus guaranteed reservations. Platinum membership, at $100,000, includes additional perks, chauffeur like pickup to and from airports to hotels and for delivery orders.

“The NFT market began with art and music. It wasn’t designed for restaurants. We’re changing that, creating a digital version of a private club — like a Soho House in the metaverse but in Times Square,” Morfogen said.

Since then, more than $23 million has been generated in resales on a secondary market, Opensea, which is known as the eBay of NFTs, Rodolitz tells Side Dish exclusively.

VCR gets 10% of every trade, so they’ve already earned an additional $2.3 million, he added.

“Every NFT creator decides the percent and the market determines if they are right or wrong. We felt that as a first-of-its kind in the hospitality industry, 10% was justified,” Rodolitz said.

“We’re finding a new way to do business,” Rodolitz added. “There’s an upfront sales component – ​​selling membership – plus an ongoing royalty component, as memberships are bought and sold on the secondary market.

Membership clubs have of course existed for a long time, but Rodolitz said the industry is just now turning to NFTs for a new spin on the practice.

Although the restaurant is not yet open, Flyfish Club is already launching real world experiences for its members, like an upcoming pop up champagne and caviar cruise in Miami.

“I was pleasantly surprised by this sense of community that has rallied around a restaurant that doesn’t exist yet,” Capon said. “It’s actually touching to see how people are connecting … We are trying to do something innovative to help our industry and ourselves.”

Both restaurant groups will be using the cryptocurrency Ethereum.

Brooklyn Chop House, which merges an upscale steakhouse with Chinese dishes, like Peking duck, already has a celebrity cult following in its original FiDi location. Regulars include actors Kevin Hart and Jamie Foxx, singers like Mary J Blige and sports stars like the Knicks’ Julius Randle — as well as veggie forward Mayor Adams, who recently enjoyed a crispy eggplant dish while dining with his pal, Newark Mayor Ras Baraka. Morfogen tells Side Dish that some regulars have already expressed interest in purchasing NFT membership for the sub-cellar club in the new Times Square location.

As for Flyflish Club, the seafood-focused dining club will be for NFT token holders only, and it will include a cocktail bar and an outdoor space. There will also be an additional, even more exclusive omakase token that will give a smaller number of token holders access to a private omakase room curated by Michelin star sushi master Masa Ito. (VCR also operates Ito, an omakase-style Japanese restaurant led by Ito and Kevin Kim.)

“There is a huge community of crypto millionaires who only socialize with each other,” Morfogen said. “A lot of them are trading NFTs out of their bedrooms and buying things in the metaverse. We’re giving them a place to congregate, taking the best of both worlds.” Added Rodolitz: “You will start to see a lot of real-life projects based on utility, not just digital files. I don’t think anyone has done a premier utility-based NFT project before, across all industries, especially hospitality. We worked hard to be the first. It’s very exciting.”

We hear…that this Presidents’ Day weekend, designer Rebecca Minkoff launched a pop-up and VIP dinner at Jayma Cardoso‘s glam Red Room at the Snow Lodge, her restaurant at the St. Regis Hotel in Aspen that is the sister spot to her Surf Lodge in Montauk. The Red Room — a caviar and champagne lounge and piano bar featuring live performances by Bob Moses and others—launched on Valentine’s Day. culinary director Robert Siebert’s popular American-style concoctions include caviar cannolis and white chocolate macaroons with caviar for a unique sweet and salty flavor. Siebert also offers more traditional fare, like a caviar potato, which is also popular at the Nines, the new trendy lounge in Noho. The Red Room features boho chic furniture and vintage rugs under a large disco ball. Dom Perignon is offered by the glass along with high end tequilas by women owners, like Casa Del Sol by Eva Langoria. Celeb guests at Snow Lodge this season included Latin singer Malumamore Steve Aoki and Perry Farrell of Jane’s Addiction. Caviar bars are taking off in elite hotspots, including Thomas Keller‘s Regiis Ova Lounge in Napa Valley and The Bump Bar, a tasting room for California Caviar Company in Sausalito, Calif. “Old School glamor is back,” Cardoso tells Side Dish. “You have a drink, eat, dance — it has a supper club feel. People are coming in for a drink and staying for the night. Last year’s uncertainty with COVID is thankfully gone.”