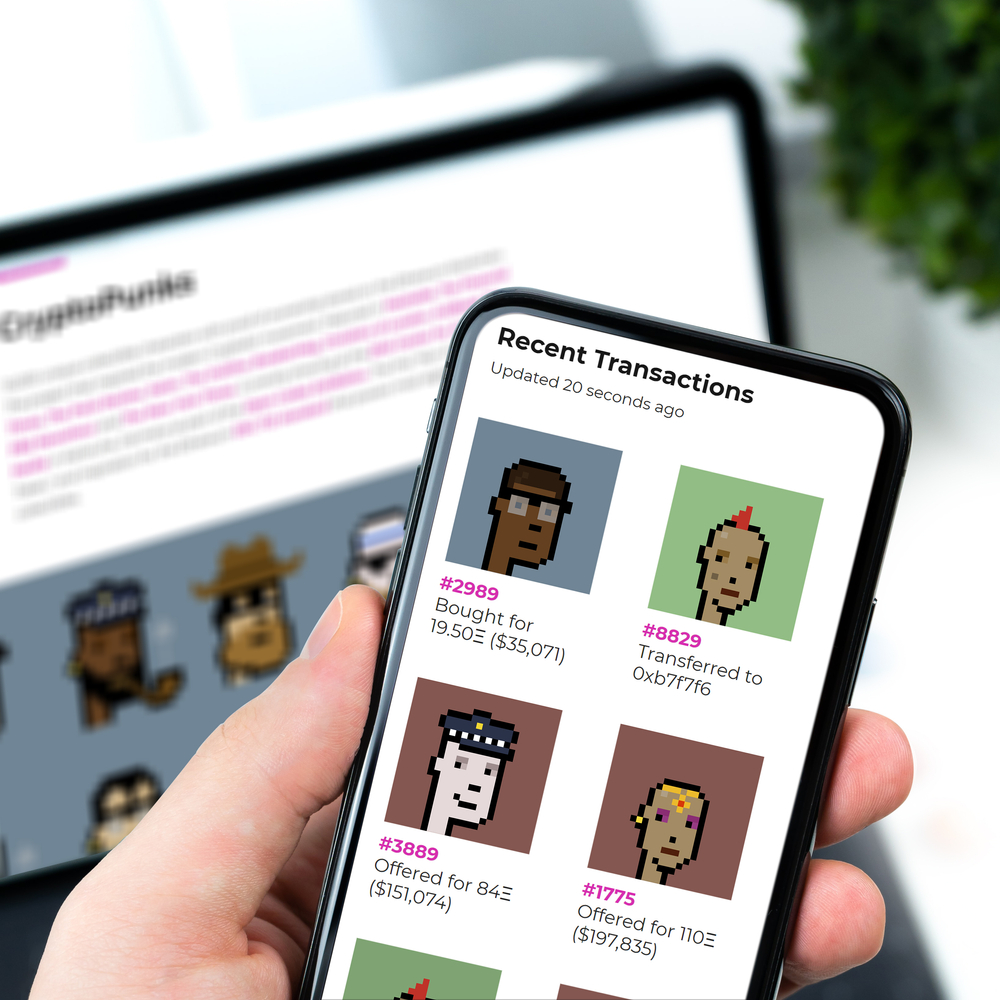 NFTs have been commonly conflated with cryptocurrencies, but how can the differences be explained?

We understand that “non-fungible tokens” can be quite the mouthful, which is why it is almost often referred to by its abbreviation, NFT. But what exactly are they, how do they function and what are their benefits?

Tech Wire Asia will explore the science behind it, and debunk some common misconceptions in this piece.

So… what exactly are NFTs?

NFTs are essentially digital tokens that carry data and are stored in an immutable blockchain ledger. Its main purpose is to represent assets and prove their authenticity and ownership.

Whether the asset exists virtually or physically, the record of its existence can be stored and accessed in a highly secure and transparent manner. This is because said record, by its blockchain nature, cannot be changed, edited, or tampered with (called immutability).

These assets can be virtually anything that has value — from artwork, rare jewelry, music, original scores, even the source code that spawned the World Wide Web.

When an asset with an NFT token undergoes a transaction digitally or in real life, the blockchain creates a new ‘block’ with the information of the new owner.

There will be a chain of information for every transaction carried out, and traceability of ownership along the chain is easily done in order to establish the authenticity and provenance of the item.

They are also applied in industries such as supply chain and media and entertainmentamong others.

Blockchains are essentially immutable (unchangeable) ledgers that stores records of things such as transactions, IP, ownership, and others.

Blockchain ledgers are considered “immutable” because once data has been written to a block in its system, this record cannot ever be changed, edited, or tampered with.

According to “Blockchain: The Next Everything” author Stephen P. Williams, “The records are collected in groups, or “blocks,” and linked together in a “chain” by cryptographic codes.

“The ledger is stored on all of the participants’ devices (called “nodes”) that have joined the chain.

“Public blockchains of cryptocurrencies such as Bitcoin (BTC) and Ether (ETH), can be joined freely by anyone, and the transactions are visible to everyone (although identities can remain largely private).”

NFTs are not cryptocurrencies, although it is understandable to conflate the two.

This is because popular cryptocurrencies such as Bitcoin and Ether are built on the same technology that NFTs are — blockchain.

Unlike cryptocurrencies, NFTs do not innately possess monetary value — their existence is representative of items with varying monetary values ​​instead (such as art, songs, property, etc.).

This makes them economically non-fungible, whereas cryptos like BTC and ETH are fungible (can be traded and has innate value).

NFTs merely serve as a representation of a physical or virtual asset — akin to a certificate of authenticity, except in a far more secure manner. Hence the ‘token’ part of ‘non-fungible token’.

The science behind NFTs

Aside from its immutability and uniqueness (no two NFTs are the same), there are three other unique properties of NFTs that allow them to carry out their intended function, some of which cryptocurrencies do not possess.

A non-fungible token cannot be divided into sub-tokens (or sub-blocks). This is unlike cryptocurrencies like Bitcoin, whose monetary value is based on its difficulty in obtaining a single piece of a block.

These blocks can then be sub-divided and have their monetary value split amongst multiple owners and have their ownership verified on the public blockchain.

However, NFTs cannot be split (hence, indivisible) because it would be contrary to its purpose as a singular token of data information if multiple people are able to claim ownership.

There can, however, be fractional “ownership” of an NFT, but only in concept (eg as a percentage share of the NFT) – the asset itself stays intact.

As the token asset is built on a blockchain, it is by nature indestructible, even if the asset represented by the NFT is physically destroyed.

This then makes it useful to prove the history of ownership of a tangible or virtual object (such as a classical work of art) that may have been destroyed.

So this can, for example, be applied to make it easier to identify circulating fakes or to serve as a secure and indestructible record for archival purposes.

The asset’s NFT-based ownership record will be maintained wholly on the blockchain it is built on.

As such, every NFT that was created for an asset can be traced back to its origin.

This gives the blockchain owner the ability to verify if a physical or digital asset is genuine, even if it has been sold or exchanged hands thousands of times.

So we’ve explained NFTs, what now?

As NFTs exist on blockchains, it is important to ensure that the NFTs you own are built by and operated by reputable services.

An example of an established and reputable blockchain is Ethereum. And yes, we are aware that it might be confusing as its cryptocurrency Ether (ETH) is also often referred to by the same name.

However, Ethereum is actually a blockchain service provider (or platform) that builds NFTs and offers ETH trading among other services.

However, NFTs built on other blockchains, such as Solana, also exist. An example includes FTX.US.

As you’ve learned, NFTs can serve as a secure way to establish the authenticity of an asset that’s digitally represented.

As such, they’re highly applicable in industries where verification of assets is essential, such as auction houses and property management, and have other enterprise useseven in cybersecurity.

Jam (she/they) is the editor of Tech Wire Asia. They are a humanist and feminist with a love for science and technology. They are also cognizant of the intersectionality of the above with ethics, morality, and its economic/social impact on people, especially marginalized/underdeveloped communities.