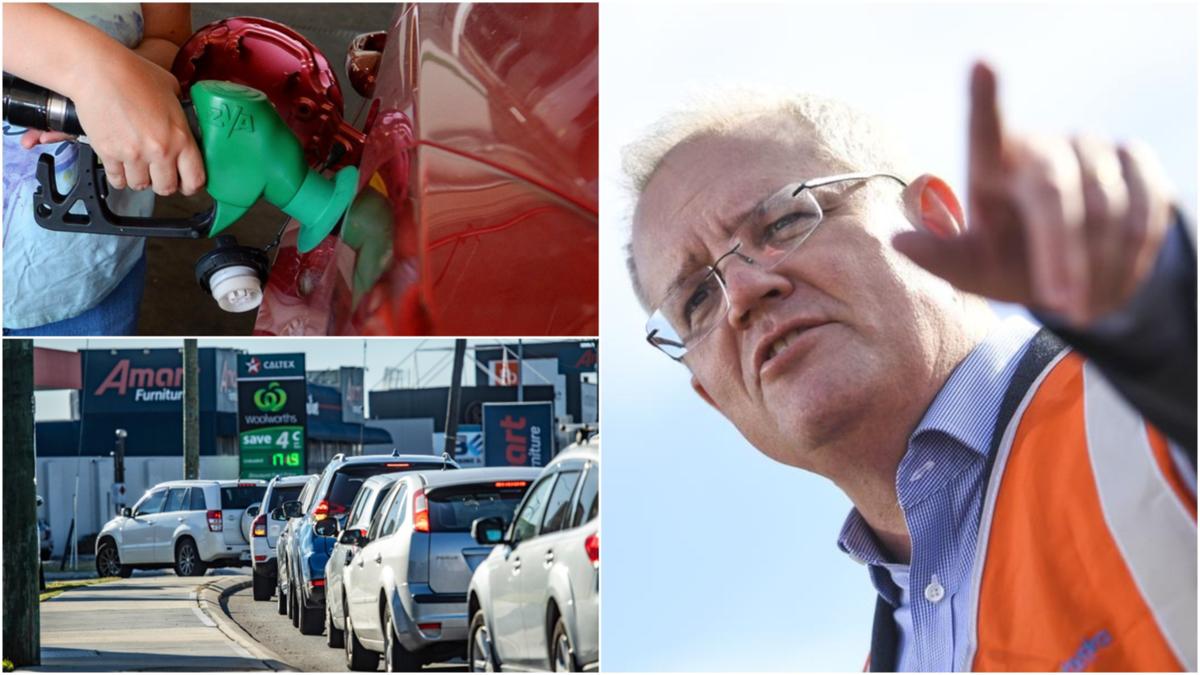 The average price of unleaded petrol in Perth will reach $2.09 per liter on Wednesday, obliterating the previous record set just a fortnight ago by more than 20c.

Some outlets are charging as much as $2.22 per liter.

It is the first time petrol has soared beyond $2 per liter on average, after reaching the $1.95 on February 23 as part of Perth’s two-weekly price cycle.

Perth’s unleaded average on Tuesday – the low point of the cycle – was 179.1c, meaning the price is poised to hike by nearly 30c overnight.

In an alert issued Tuesday, Fuel Watch warned “most branded retailers are hiking their ULP price”.

Petrol prices across the country have soared to record highs after Russia’s invasion of Ukraine pushed crude oil prices to an eight-year high.

However, a tax cut that could lighten the load has been ruled out by the Morrison government.

Treasurer Josh Frydenberg is now facing calls to cut the fuel excise, which is taxed at 44 cents per litre.

South Australian senator Rex Patrick has insisted this tax should be halved in the March 29 budget.

“This situation is already putting pressure on Australian families and small businesses just as they are recovering in the economic backwash of the COVID-19 pandemic,” he said.

“Extreme fuel prices, higher food and grocery prices and rising interest rates could prove to be a triple whammy for many Aussie families.”

Opposition Leader Anthony Albanese didn’t rule out slashing the tax if Labor were to win the upcoming election.

“We think that everything, in terms of making a difference to people’s pressure on their living standards, will be given proper consideration,” Mr Albanese told 3AW.

Australian motorists are expected to pay more than $11bn in net fuel excise this financial year.

The Australian Automobile Association estimates a typical household will pay $1188.

Almost all of this is reinvested into transport projects, such as building new roads.

In 2001, former prime minister John Howard froze the excise after soaring oil prices sent the cost of fuel up towards $1 per litre.

But Energy Minister Angus Taylor has ruled out a policy repeat.

Mr Taylor argued the excise was required so the government could keep “road building”.

“We see the pain people are feeling at the pump,” he added.

“The excise is used to fund road spending … And we want to keep that road building going on.

“As I drive around, during the floods, I see how much more work has to go into our roads in the coming years and that has to be paid for.”