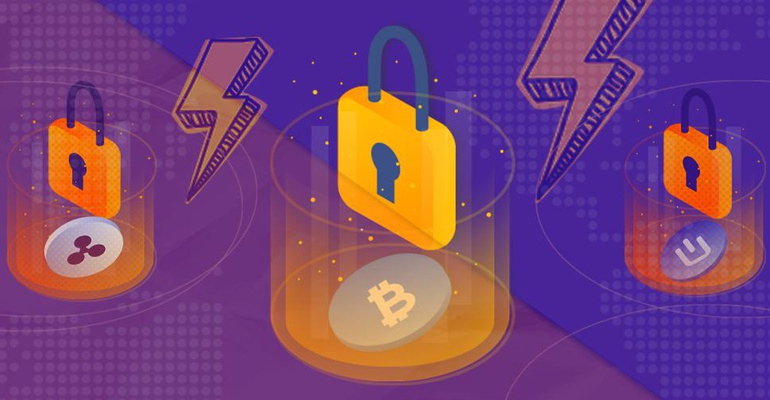 State-sponsored hacking as a weapon of war (whether hot gold cold) isn’t exactly a new idea. It is already happening and will continue to happen. Meanwhile, the US government is struggling to digitally secure its infrastructure because being connected to a network isn’t safe anymore. However safe the blockchain may seem, do you really think your digital wallet is more secure than the nation’s power grid, especially if it’s connected to a site run by some tech company?

This might sound alarmist, but, as a former US Army Signals Intelligence Analyst and Intelligence Advisor who is now working toward a master’s degree in intelligence analysis, I know what the risks look like. And the risks are growing.

The good news is there is something you can do right now to protect your investment in cryptocurrency. It’s called air gapping. Air gapping is storing your data in a place that has no hardline or wireless connection (including a power source).

Unplugging your crypto and putting it in your pocket instead of in the cloud or on a network denies hackers the ability to remotely steal or corrupt your information because they have to physically gain access to your wallet first. For crypto, this means you need a cold storage device like a hardware wallet. Consider it like a portable hard drive that provides physical security for your intangible digital currencies. Anything less is a risk you incur.

With each wide hack that hits the news, it’s clear that although crypto strives for decentralization the blockchain does have centralization risks. At least $500 million was stolen in 2020, according to blockchain security firm Certik. There was another $1.3 trillion stolen in hacks targeting DeFi in 2021. And this year isn’t shaping up to be better. In January, a large hack took $80 million. At the beginning of February, a $320 million DeFi-based hack took place (though investors weren’t forced to suffer the losses in that one). Billions are getting lost, and if you haven’t felt it yet, it’s certainly in your interest to protect yourself from ever having to.

Everyone knows hacks are possible, of course, but why do you need to be worried about cyber warfare specifically? The truth is that geopolitical facts are lining up to potentially hit you right in the digital wallet. Globalization has brought with it a world economy that is more interconnected than ever in history, but nothing ever goes as smoothly as we would wish. It can’t be ignored that great powers are setting up spheres of influence, while low-intensity conflicts grow like weeds across Africa, South America, the Middle East, the Pacific, and even Europe.

Economic decoupling between spheres of influence is a real economic threat for individual investors. It’s a threat that will at the very least be tested by nations like China, North Korea and Russia.

Russian President Vladimir Putin’s invasion of Ukraine, and the sanctions other nations have imposed in response, may be propelling Russia towards unparalleled levels of economic isolation that we have only seen before in failing or rogue states. While this might not seem like it’s immediately connected to your digital wallet, we’ve already seen crypto playing a role on both sides of the battle. And Putin himself knows the outsize role crypto could play as Russia’s economy changes. In the lead-up to the invasion of Ukraine, he asserted that Russia had “certain competitive advantages” in crypto mining.

China, one of the few powerful nations not to turn away from Russia in the face of its actions in Ukraine, also has an outsize presence in crypto mining despite a recent official ban on cryptocurrency. If the two nations were to form some kind of crypto-based economic alliance – which isn’t looking too likely right now, but also doesn’t look impossible – they could ultimately take actions that make keeping your wallet secure pointless. That’s because rather than stealing your crypto, they could let you keep it, but simply make it worthless. Beijing clearly isn’t afraid of market manipulation allegations. If China-based traders can artificially bump stocks on the NYSE, they surely can do the same to digital coins. With microtransactions or high-frequency trading manipulationsthe worth of any coin is decided by its majority holder, and given crypto’s fondness for pseudonymsyou’re unlikely to know exactly who that is.

But for now, there are already whole nations that are willing to steal your investments in cryptocurrency. Without cold storage you’re trusting a random tech company with your money, hoping a coder didn’t miss something. Lucky for you, there’s a better way.