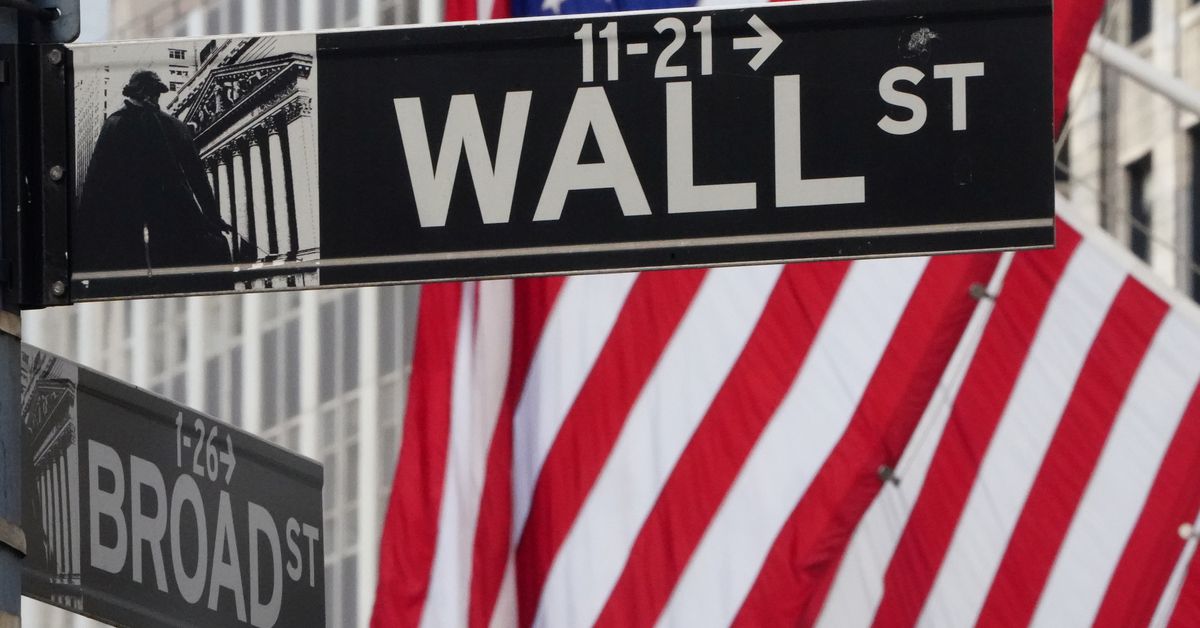 NEW YORK, March 4 (Reuters) – Geopolitical worries are clouding the outlook for US stocks, even as Russia’s invasion of Ukraine moderates expectations for how aggressively the Federal Reserve will tighten monetary policy in coming months.

Concerns over the conflict weighed on the S&P 500 (.SPX) on Friday, as the index pared a rally that has seen it rise 5.2% from its Feb 24 intraday low.

The see-saw moves come as investor hopes that the Fed may raise rates less severely than anticipated vied with worries about inflation and higher commodity prices, stoked by sanctions against Russia, one of the world’s biggest commodity exporters.

Investors have virtually priced out the chances of a hefty 50 basis point rate hike in March, giving a lift to the technology and growth stocks that had been pummeled in recent weeks by anticipation of harsh Fed tightening. Among those, shares of software company Adobe (ADBE.O) was up over 5% since last week, with Microsoft (MSFT.O) up over 3% in the same period.

“The stock market has been buoyed by expectations for a less aggressive Fed and lower yields in aggregate. The threat of higher interest rates has receded somewhat,” said Brad Neuman, director of market strategy at Alger.

The impact of moderating yields has been evident below the market’s surface. Since the day before Russia launched its invasion last week, the S&P 500 growth index (.IGX)replete with longer-duration stocks heavily pressured by higher yields, has climbed 2.6% against a 2.3% rise for the counterpart value index (.IVX). That spread narrowed on Friday as the broad market fell.

Meanwhile, geopolitical concerns have propelled oil prices, prompting fears of slower growth and higher inflation over the long term. US crude prices topped $115 a barrel this week and hit their highest levels since 2008, while other commodities such as wheat also surged.

“The Fed will be less aggressive now that Russia has invaded Ukraine in the near term, but the problem that the Fed faces has not been ameliorated,” Neuman said. “In fact, it has been exacerbated.”

Investors next week will be watching data on US inflation, due out Thursday. Consumer prices in January grew at their fastest pace in nearly four decades.

For now, however, the run-up in US Treasury yields, which move opposite to bond prices, has stalled. The yield on the 10-year Treasury note climbed over 50 basis points to start the year to 2.065%, but has since pulled back and was last at 1.74%.

Strategists at Citigroup on Thursday upgraded their rating on US equities, which are heavily weighted in tech stocks, to overweight, describing them as a “classic” growth trade.

“Growth stocks were hit by rising real yields, but should benefit as they reverse,” the Citi strategists wrote in a note.

Truist Advisory Services this week lowered its rating on the financials sector to “neutral”, while upgrading its ratings on two defensive groups, consumer staples to “overweight” and utilities to “neutral.”

“Because of what is happening overseas, it complicates the global picture,” said Keith Lerner, Truist’s co-chief investment officer. “The global economy will be somewhat slower, capping rates, and by itself that is a negative for financials.”

Some investors have been wary of the rebound in stocks. The Wells Fargo Investment Institute is re-evaluating its asset price targets in the wake of the Ukraine turmoil, “but we don’t want to over-react when uncertainty is so high,” said Sameer Samana, senior global market strategist at Wells.

“With geopolitics still lurking out there, it is going to be tricky for the market to make meaningful headway,” Samana said.