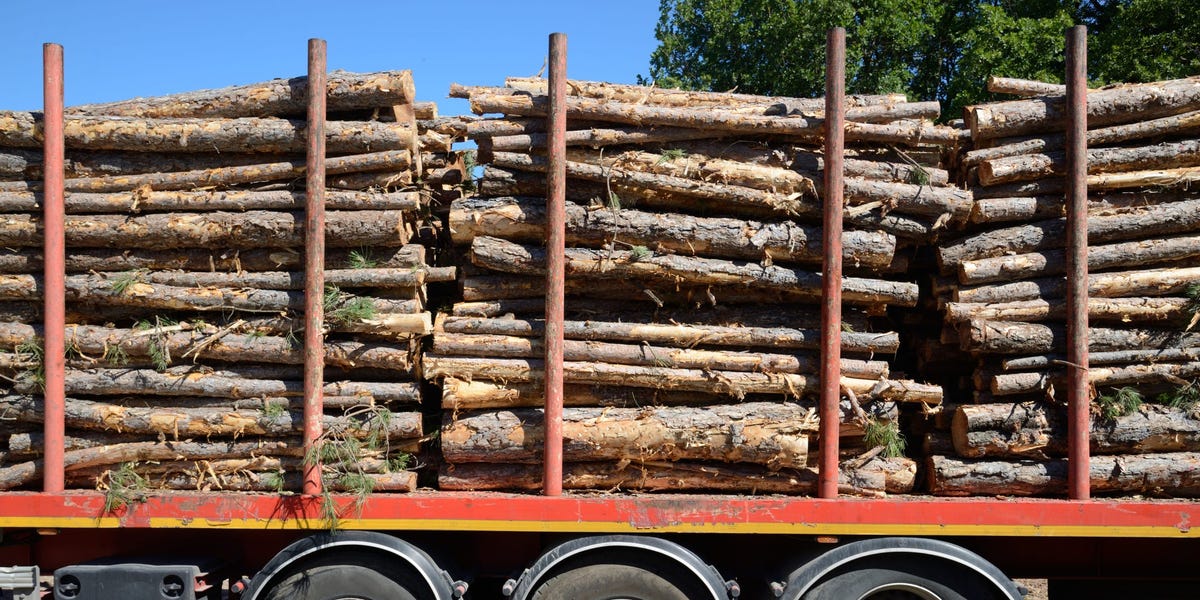 Lumber prices are continuing to surge amid Russia’s invasion of Ukraine, and traders could soon see even bigger price swings.

Futures have been on a wild ride since the onset of the COVID-19 pandemic, and they soared to a record high of $1,711 per thousand board feet last May. After tumbling through the spring and summer, they have been rebounding and got a fresh jolt from Russia’s war. Since Vladimir Putin ordered troops into Ukraine, prices have jumped 14% to $1,452, putting them just 15% below the all-time peak.

The war in Ukraine has “just aggravated the

we have in commodities,” said David Russell, VP of market intelligence at online broker-dealer TradeStation. “With the bull market in commodities like oil and a lot of metals that we’ve been seeing, that only gives extra support to something like lumber.”

Western sanctions in response to the invasion are hammering Russia’s economy, and political pressure is building up for more. US Rep. Victoria Sparta, a Ukraine-born Republican lawmaker from Indiana, told Fox Business that the West should target Russia’s markets for lumber and energy to stop its attacks.

Such sanctions could rattle lumber prices further. Russia is the largest lumber exporter in the world, and its forest-product exports were worth more than $12 billion last year, said trade journal Canadian Forest Industrieswhich cited data from Wood Resource Quarterly.

Even before the war began, lumber prices were volatile. In January, they fell 15%. Since February 1, they’ve soared 55%. Just prior to Russia launching attacks on Ukraine February 24, a report from the Wall Street Journal noted prices of leading lumber futures were so wild that they ended at daily limits in 25 of 35 trading sessions this year.

And starting Monday, price swings will have more room to run. Exchange operator CME Group is widening lumber’s daily trading limits by 90% beginning March 7. That means the maximum daily up or down move will be $57 per thousand board feet, and $86 per thousand board feet the following day if prices close at the aforementioned limit , the operator said.

De-escalation in the Russia-Ukraine war may not offer much price relief either as several factors have been applying upward pressure. The US housing shortage and a continuing focus on home improvement are keeping demand high. And flooding in the key lumber hub of British Columbia last year has kept distribution snarled and supply chains constrained.

Even so, the fact that lumber prices remain below all-time highs amid the geopolitical crisis could signal a move to an “equilibrium,” Russell said.

“I think that the actual frenzied surge we saw in lumber already happened,” he said.