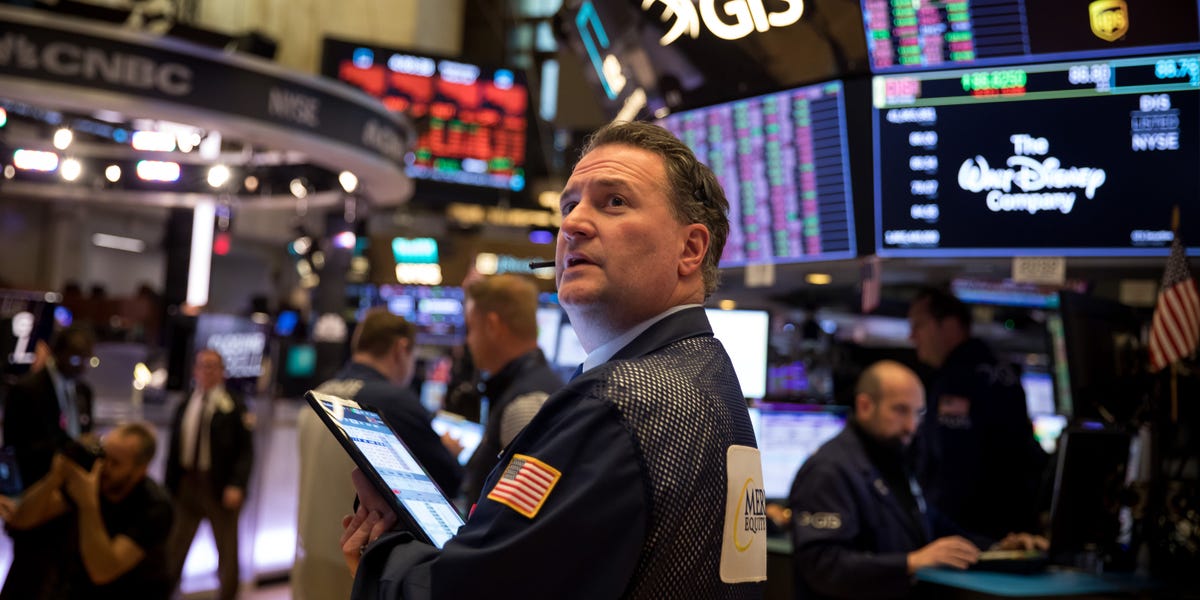 Retail investors are taking advantage of the more than 10% year-to-date decline in the S&P 500 by buying stocks, according to a Tuesday note from Bank of America.

The bank said its retail clients have been net buyers of stocks every week so far this year, as the cohort hopes to avoid missing out on the potential for a snapback rally.

“Retail clients have been more aggressive buyers of this dip than other 10% post-crisis corrections, potentially on fear of missing out on what has generally been a successful post-crisis strategy,” Bank of America said.

While retail investors are buying stocks, hedge funds are reducing their exposure to the stock market, according to the note. The bank said there was a record outflow of stocks from its hedge fund clients last week, as investment firms seek to de-risk their portfolios amid Russia’s invasion of Ukraine.

To most market participants, the scenario where retail investors, commonly called “dumb money,” are buying and hedge funds, often dubbed “smart money,” are selling doesn’t bode well for the future direction of the broader stock market.

But Bank of America found that investment actions by retail investors have actually generated a positive signal for future performance of the stock market.

“Despite the narrative we hear from some investors that retail is a contrary indicator, our data suggests the opposite,” BofA said.

“S&P 500 returns following period of retail inflows have been above-average and return post-retail selling have been below average, with retail flows a slightly better positive indicator than hedge fund flows,” the note explained.

With BofA’s retail clients being the only net buyers of stocks year-to-date, these are the sectors they have been buying: communication services, financials, and industrials.

Meanwhile, sectors that saw the most outflows by BofA’s client base were led by technology and energy stocks, suggesting that some investors are taking profits off the table following oil’s historic surge.

In addition to retail net buying so far this year, BofA’s institutional clients have also been buying the decline in stocks in five of the last six weeks, according to the note. That is also a positive signal for the future returns of the stock market, BofA highlighted.