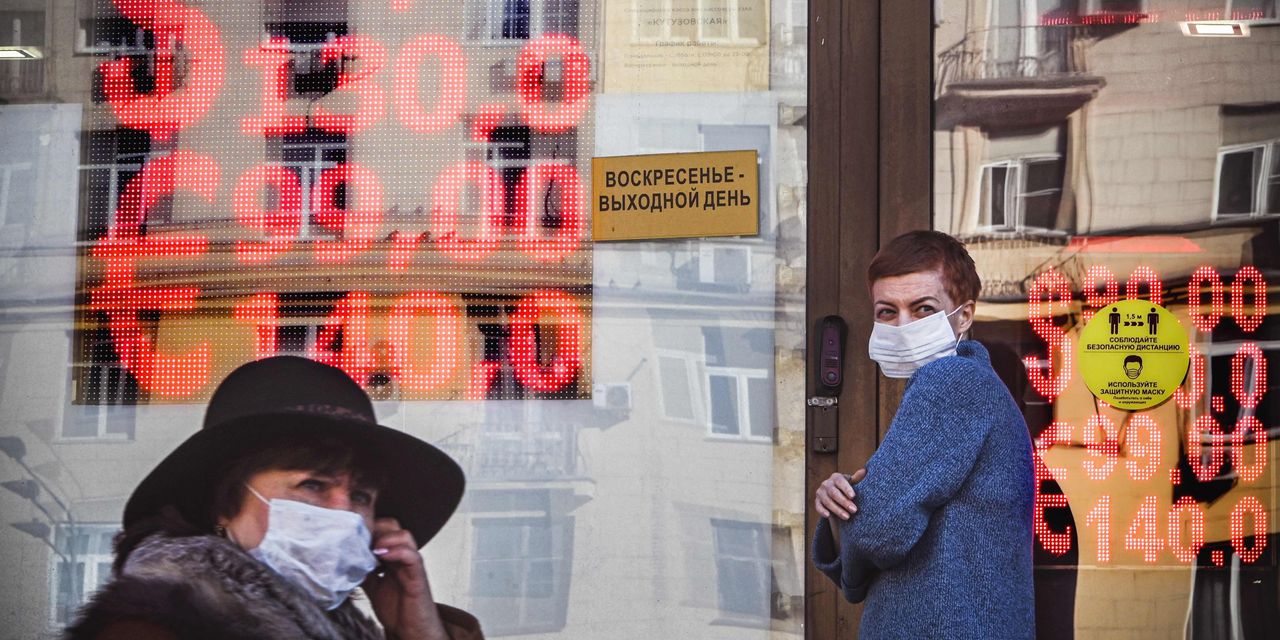 Russia’s stock market will remain closed Wednesday while trading on its currency market will open, the country’s central bank said in a statement.

The Moscow Exchange’s stock trading has been shut since Feb 25. When markets do reopen, investors expect a strong selloff because of the war with Ukraine and punishing Western sanctions. Stocks of many Russian companies traded in London and New York fell to pennies a share before trading was suspended on those venues.

Governments often close stock markets in times of crisis and war as a way to stem panic. It gives officials time to shore up other parts of the financial system. The New York Stock Exchange closed for four days after the Sept 11, 2001, attacks.

Russia’s currency market will open at 10 am Moscow time, the central bank said. Money markets, which trade in short-term loans between banks and other financial institutions, and the repo market, will also be open.

The Russian ruble has lost 40% of its value against the dollar this year and slide more this week in trading outside Russia. Transacting in the ruble has gotten difficult though, traders say, as Russia has imposed capital controls designed to make it harder to sell and Western banks, grappling with sanctions, no longer want to settle trades in the Russian currency.