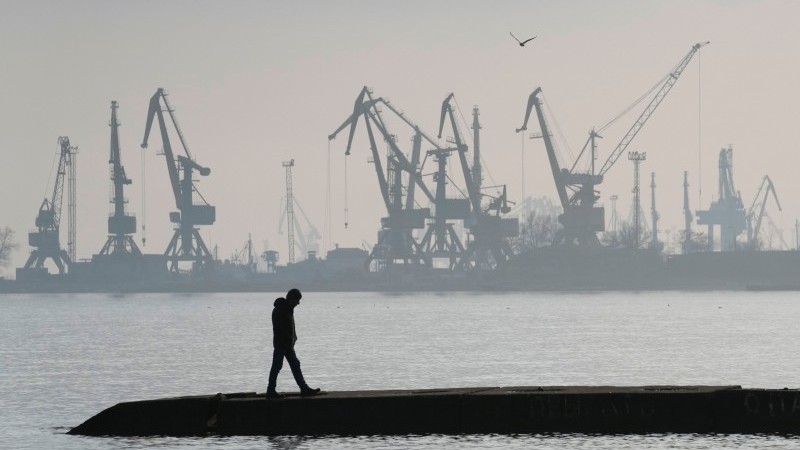 Overseas: Self-imposed restrictions by exporting European companies and the looming closure of ports for Russian vessels as well as re-routing to avoid affected areas are creating delays and uncertainty. Some of the world’s largest container carriers including MSC, Maersk, CMA CGM and Hapag Lloyd, controlling about 60% of global container shipping, have suspended bookings of nonessential cargo to and from Russia and partially also Ukraine due to safety reasons. Consequently, cargo for these destinations is piling up in ports. But even if cargo is still shipped to Russia – and payment can be accepted – it will still receive extra customs inspection due to the sanctions in place, delaying handling and shipments in European ports. Some 10% of the total annual container throughput at the port of Rotterdam, Europe’s largest port, is linked to Russia and 13% of its total volume, with large amounts of heavy crude oil, LNG and coal. Rotterdam also serves as a hub for several metals. About 5% of throughput is linked to Russia at the second and third largest European ports, Antwerp and Hamburg. But this is not limited to shipping and seaports, as air traffic is perhaps even more affected.

Overland and through the air: The blockage of the Ukraine rail route has already limited transport capacity and detours have to be made by air. Consequently, capacity is suffering from new reductions due to inefficiencies and loss of freight capacity. For example, Lufthansa anticipates a 10% capacity reduction on the Asia-Europe route due to the conflict between Russia and Ukraine. And one of the world’s largest cargo-only carriers, Airbridge cargo, is also based in Russia. On top of this, soaring fuel prices are significantly pushing up transport costs. Another large airfreight carrier, Cargolux, introduced a surcharge because of the implications of the war for capacity and routes.

Shortage of workers: 10.5% of all seafarers come from Russia and 4% from Ukraine, according to the International Chamber of Shipping. In the Black sea, many crewed vessels are stuck due to hostilities and port closures. The closure of airspace makes traveling and relocation for seafarers more difficult as well. The truck driver shortage in Europe could also intensify as an estimated 4,000 to 5,000 truck drivers are held up in Ukraine, according to IRU. Although this is only a fraction of the 3.8 million heavy truck and bus drivers employed in the EU, it intensifies the shortage of 400,000 truck drivers across the EU.