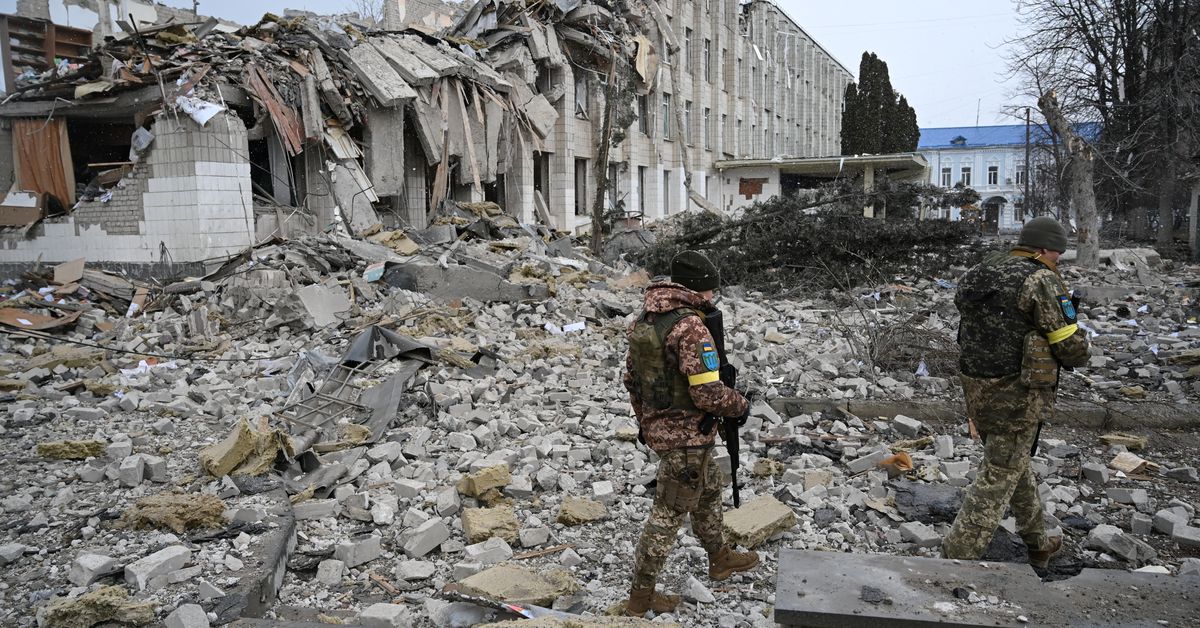 The so-called FRA-OIS spread, which measures the gap between the US three-month forward rate agreement and the overnight index swap rate, hit its highest level since May 2020.

A higher spread reflects rising interbank lending risk or banks hoarding US dollars, meaning that it is widely viewed as a proxy for banking sector risk.

The US FRA-OIS spread rose to 32.29 basis points on Friday, compared with 23.7 on Thursday.

Global alarm was triggered earlier by a blaze at the site of a Ukrainian nuclear power station, Europe’s biggest, after it was seized by Russian forces. The fire has been extinguished.

“The market’s liquidity conditions have weakened this week, and were exacerbated overnight after reports of shelling to Europe’s largest nuclear plant in Ukraine,” said ING currency strategist Francesco Pesole.

Nevertheless, the FRA-OIS gap remains well below levels seen at the height of market turmoil in 2020.

“Dollar funding conditions are not too alarming at the moment, but the deterioration in the past week naturally argues in favor of a stronger dollar,” Pesole added.

The dollar index jumped nearly 1%, mainly at the expense of the euro which has tumbled 3% this week because of Europe’s exposure to the Russian economy .

Another closely-watched short-term funding stress gauge, the spread between the US three-month Libor and the overnight index swap rate, rose to more than 18 basis points , its highest since May 2020, as well.

The LIBOR-OIS spread is the credit and term premium a lender would charge for a three-month unsecured loan over an overnight bank loan, such as the effective fed funds rate, the risk-free rate set by the Federal Reserve.

“Our sense is that this week’s unsecured funding pressure reflects a precautionary build up of cash balances that is to some extent exacerbated by the upcoming Fed hike,” wrote Joseph Abate, managing director, at Barclays in a research note.

“Although Libor has lost much of its significance since year-end and the end of banks’ ability to put on new trades, the rate is still seen as an early warning barometer of financial market stress,” he added.

The demand for dollars was reflected in swap markets where dollar borrowing costs rose further. For instance, three-month euro-dollar swaps rose to around 27 bps from 15 bps on Thursday.

However, swap rates remained below a March 2020 peak of nearly 40 bps hit on Monday, and analysts said the Federal Reserve and other major central banks have mechanisms to relieve funding stress.

Stress metrics are on the rise elsewhere too.

The cost of insuring exposure to a basket of “junk-rated” European company debt jumped to its highest since July 2020 at 398 bps, the iTraxx European Crossover index showed.

Another iTraxx index which measures the cost of insuring exposure to senior bonds from banks and other financial issuers rose 7 bps to 91.7 bps, a May 2020 high.

A European banking stocks index is down 16% this week, reeling from Western sanctions on Russia, a scaling back of interest rate hikes forecasts and a worsening macroeconomic environment.

Also in focus was the daily number of repo fails, which occur when a market participant is unable to deliver the security on time to complete a repo transaction.

Societe Generale said daily repo fails of Treasuries rose to $76.1 billion on Feb. 28, the highest since June 2020 and more than double the average for this year.