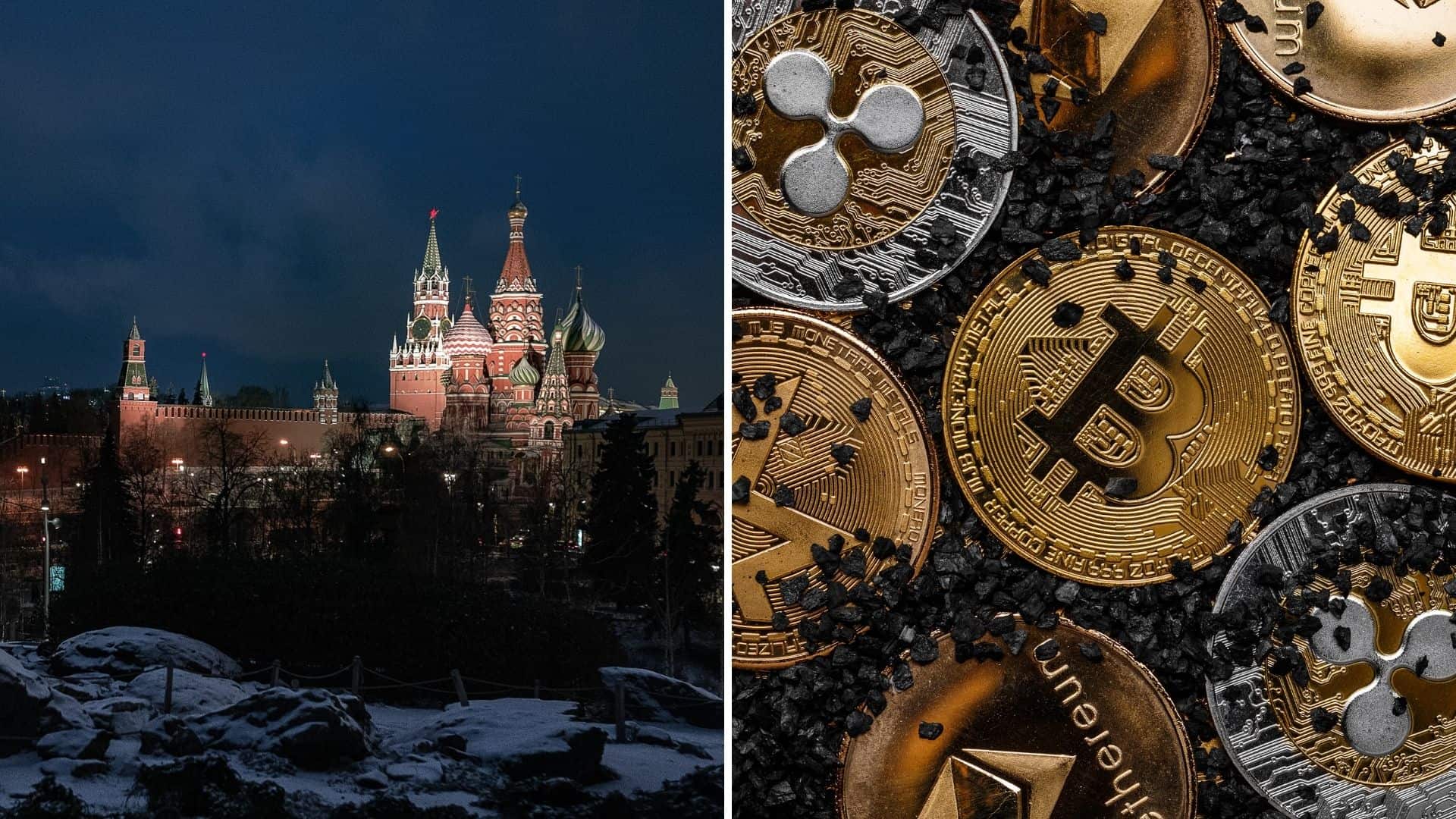 Russians are piling into Bitcoin and other cryptocurrencies following a sharp drop in the ruble and concerns some of the nation’s banks have been blocked from using a key international payments system.

Among the sanctions designed to punish Moscow for its attack on Ukraine, Western nations agreed on February 26 to ban seven Russian banks from using the Society for Worldwide Interbank Financial Telecommunication (SWIFT), the global banking communication platform.

The move dramatically limits the ability of these banks to send or receive remittances, with one Russian ex-pat — who requested anonymity for fear of reprisal — describing it as a “financial nuclear bomb”.

“Even people who were not in crypto at all are now considering how to get Bitcoin, Ethereum, or USDT and basically save some of their money before the country hits a period of extreme hyperinflation, which is already starting now,” Gleb Jout said, head of Russia at crypto exchange Bitget.

In the days following the February 24th invasion of Ukraine, the daily exchange volume of the ruble and Bitcoin spiked to a nine-month high, while the ruble and USDT, a stablecoin often used as an on-ramp to the broader crypto market, jumped to an eight-month high.

Bitcoin has long been regarded as an alternative currency to fiat and has been used as a store of value and as a means of transaction.

The Russian currency has fallen by 45% since mid-February to trade at ₽136.50 per US dollar. For many Russians the decline in the currency is eerily reminiscent of the financial crisis in 1998 which saw the ruble tumble from ₽6 to ₽21 per US dollar over a three-week period in September, wiping out the savings of many households.

Jout said he recently relocated to Turkey from Moscow to establish a foreign base from which to help provide financial support to his family back in Russia.

He plans to deliver the aid via blockchain. Jout said that since the crisis began crypto has become more widely accepted in Russia, adding that even his 82-year-old grandmother is using Bitcoin.

“The adoption is coming and it’s very, very real,” Jout said. “Especially in Russia, because you have a population of 145 million and I expect that maybe within this year 15% to 25% of them are going to be totally onboarded into cryptocurrency.”

He added that crypto has taken off in urban areas thanks to graffiti and other forms of underground messaging that promote the blockchain as a way to protect funds from devaluation.

“It’s a guerilla movement because you can’t have influencers and celebrities really come out and openly speak about Bitcoin,” he said.

Many Russians are sending funds to off-wallet exchanges and cashing out in neighboring countries like Georgia or Armenia. For the most part, these transactions are not cheap, with the purchases taking place on major exchanges with spreads “big enough to land a plane on”, Jout said.

Some experts believe the current conditions are forcing some Russians to reassess how they can preserve their wealth.

“If I was in Russia right now, I’d be trying to get hard currency, US dollars or euros,” Tony Sycamore, financial markets analyst at City Index, told Forkast. “Other than that, for me, the only real way that they can get their money out is by trying to get some money out through the crypto space.”

With these sanctions imposed on the banking sector and people inside Russia turning to cryptocurrency, pressure has begun to mount on centralized exchanges (CEXs) — crypto exchanges operated by a centralized entity — to block access to Russian users.

This has sparked debate among the crypto community, with some arguing this goes against the principles of decentralization, while others stress that CEXs operate as businesses and should comply with international rules. Leading exchange Binance has indicated it may comply with some of the sanctions, but stopped short of committing to freezing all accounts in Russia unless a legal obligation is presented.

Meanwhile, Coinbase, the largest US exchange, recently announced it has blocked 25,000 wallet addresses believed to be associated with Russian individuals and entities engaging in illicit activities. The exchange has also said it would not impose a blanket ban on Russian accounts in response to the Russian-Ukrainian conflict.