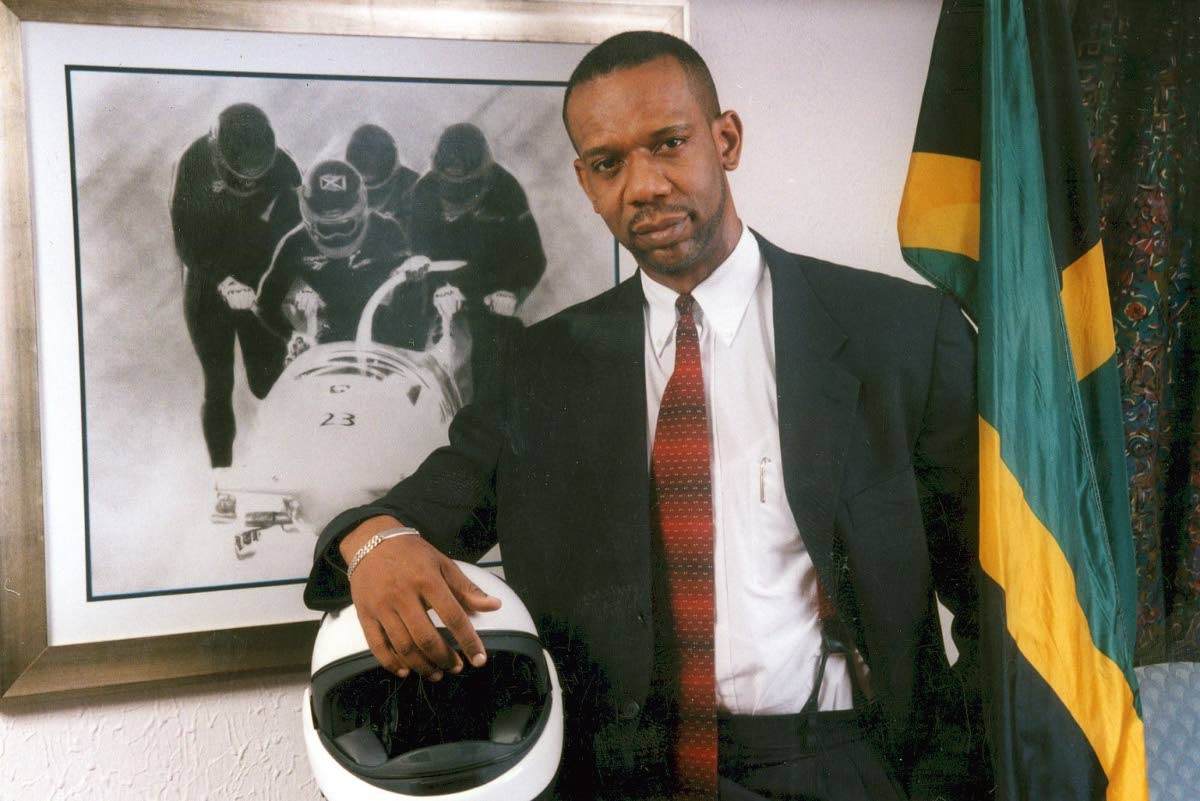 FOUR-TIME Jamaican bobsleigh Olympian Nelson Christian Stokes says Caribbean national governing bodies for sports ought to jump on the train of cryptocurrencies and non-fungible tokens (NFTs) as part of their quest for digital transformation.

Having adopted the use of blockchain technology himself, Stokes encouraged stakeholders in sports business to embrace digital transformation.

“In almost every sphere of our lives…we would be well-advised not to resist,” Stokes said.

“Resistance is futile. But rather to surf the wave of digital transformation.

Stoked centered his presentation on three areas: cryptocurrencies, NFTs, and the metaverse.

Cryptocurrency is decentralized digital money using blockchain technology, while NFT is a unique digital asset that represents real-world objects like art and other media, often purchased via cryptocurrency. The metaverse is an interactive virtual reality and augmented reality network.

He highlighted the fact that PSG reportedly paid Argentine footballer Leonel Messi in the range of US$29-35 million in cryptocurrency fan tokens as a significant part of his signing-on fee.

“A football club created its own cryptocurrency that it used to engage fans,” Stokes said.

As for NFTs, he said, Jamaica’s bobsleigh led the way in raising funds by way of NFTs.

“The initiative was the first of its kind, mixing a range of authentic Jamaican digital and physical experiences from musicians and art lovers, with a purpose – and purpose is important in an NFT space – of getting the team to the Olympic Games.”

He said regional countries must “deepen our understanding of and participation in this emerging market for fan engagement (and) IP (intellectual property) brand image retention and monetization.

He said, “The NBA, in particular, has a headstart in the industry, but the combination of the high levels of artistic, musical, and sport achievement in the region, which I would say is unmatched by any other region in the world, as part of this whole thrust, we must look carefully at the IP issues…”

The Metaverse, the concept of an online 3D universe, Stokes said, can be viewed as a “future iteration of the internet.”

In December, he recalled, Barbados announced its plans to open an embassy in the metaverse.

Bloomberg reported that it would be located in Decentaland, an online world, accessible through a computer and a virtual reality headset, where “real estate” can cost millions.

“Although not required, cryptocurrencies can be a great fit for the metaverse,” Stokes said. “They allow for creating a digital economy with different types of utility tokens and virtual collectables (NFTs).

“The metaverse will also (be beneficial) for the use of crypto wallets such as metamask. Also, blockchain technology, which has many, many uses, can provide transparent and reliable governance systems. And while we’re busy improving things in sport itself, let us not lose sight of the importance of good governance in sport administration and the role that technology can play.”