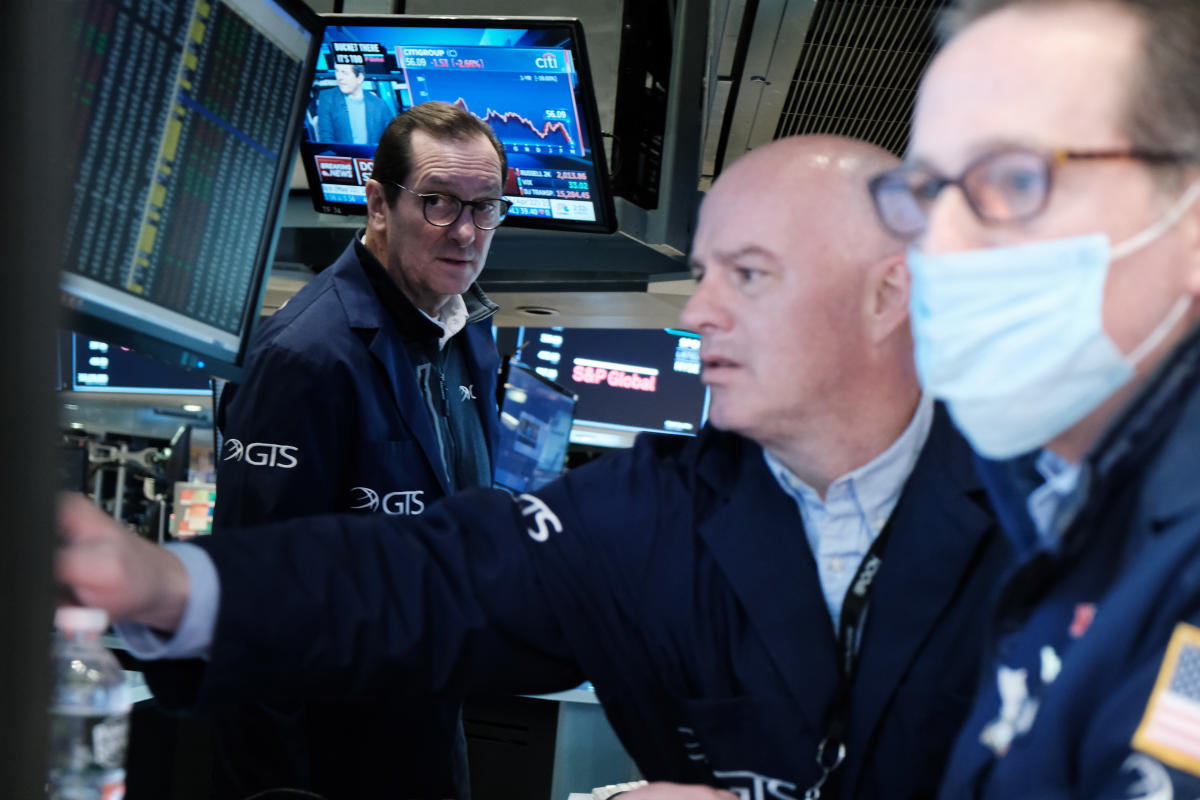 Stocks extended declines on Monday and oil prices soared as investors nervously considered the potential for even higher inflation and greater global economic damage from Russia’s war in Ukraine and sanctions that have ensued.

In energy markets, Brent crude oil prices (BZ=F), the international standard, soared to as much as $137 per barrel, building on gains over the past several weeks. US West Texas intermediate crude oil (CL=F), likewise, rose to as much as $130.50 a barrel.

The jump in energy prices came as the White House and European nations weighed an import ban on Russian crude oil in a further punitive move for the country’s invasion of Ukraine. Secretary of State Antony Blinken told CNN on Sunday that the Biden Administration was “now talking to our European partners and allies to look in a coordinated way at the prospect of banning the import of Russian oil,” while ensuring global markets remain sufficiently supplied.

The US receives only a small portion of energy products from Russia, with just about 7.9% of total petroleum imports including crude oil coming from the country in 2021, according to the Energy Information Administration. However, such a ban could more negatively impact European countries that have been more reliant on Russian crude oil as well as natural gas for energy. Prices for metals used in fuel cell batteries and other clean energy products including palladium and nickel also spiked on Monday as traders eyed an accelerated move toward renewable alternatives.

“Russia’s invasion of Ukraine—and the Western response to it—will exacerbate the supply-demand imbalance that lies at the heart of the global inflation surge,” Goldman Sachs economist Jan Hatzius wrote in a note Sunday. “Reducing trade with a current account surplus country via sanctions and boycotts means that the rest of the world needs to produce a larger share of what it consumes.”

Hatzius added that “the potential shift is fairly small at an aggregate level,” given Russia comprised less than 2% of the global goods trade and gross domestic product. But in oil, Russia supplies 11% of global consumption, and 17% of natural gas — including as much as 40% of Western European consumption.

“If Western countries buy less Russian oil, China and India could in principle buy more Russian oil and correspondingly less Saudi and other oil, which can then flow to the West,” Hatzius added. “But this ‘rearrangement of the deck chairs’ isn’t perfect, not only because of increased transport costs and other technical frictions but also because China and India may be reluctant to increase their imports and corresponding payments sharply at a time when Russia is becoming a global pariah.”

The uncertainty over global trade and supplies of key goods has further stoked fears over a further surge in inflation. Later this week, the Bureau of Labor Statistics is set to release its February Consumer Price Index, which economists expect will show a 7.9% annual rise for the largest jump since 1982. And given the latest set of commodity price increases this month, a further rise is also possible.

“We had thought that February was going to mark the peak,” Michelle Girard, NatWest co-head of global economics, told Yahoo Finance Live on Friday. “However, with the rise in energy prices that we’re seeing, I don’t think we can any longer assume that’s going to be the case. Certainly, with respect to the headline numbers, I think, it’s likely that we’ll continue to see upward pressure.”

Shares of major Chinese companies listed in the US sank on Monday amid a broader risk-off tone across global equity markets, and as investors eyed the country’s rising COVID-19 cases.

The three major equity indexes dropped more than 2% during afternoon trading, building on earlier losses. Here’s where markets were trading after 12 pm ET:

10:26 am ET: ‘Look for these dips to offer opportunities that are shorter-term in nature’: Strategist

With major equity indices continuing to trend lower this year, at least one strategist suggested investors shift from pursuing the buy-and-hold strategy that paid off during the pandemic to a more tactical approach.

“What we saw late last year was a pretty significant loss of long-term upside momentum developing, and of course that’s manifested itself in a pretty sizable corrective phase at this point in thee major indices,” Katie Stockton, Fairlead Strategies founder, told Yahoo Finance Live on Monday. “So that loss of upside momentum suggests that the market has moved into a trading range perhaps, and with a trading range environment, when you just buy and hold long-term, it doesn’t tend to pay off.”

“However, if you can be more short to intermediate term in your focus, with a time frame of perhaps a couple months maybe, that would be a little bit of a safer bet in terms of adding exposure into corrective phases in a trading range, ” she added. “So that’s what our recommendation has been: To look for these dips to offer opportunities that are shorter-term in nature as opposed to having the kind of buy and hold market that we had last year and even part of the year before off of the COVID corrective low.”

Mobileye, the self-driving unit of Intel (INTC), filed confidentially for an initial public offering on Monday, according to a statement from Intel.

While Intel did not provide many details about the IPO, the deal could value the automotive tech unit at more than $50 billion, according to a report from Reuters. Intel first bought Mobileye for $15.3 billion in 2017.

Ryan Cohen’s investment firm RC Ventures disclosed a 9.8% stake in Bed Bath & Beyond (BBBY) on Monday, sending shares of the retailer soaring by more than 90% in pre-market trading.

Cohen, the co-founder of Chewy and chairman of GameStop, also wrote a letter to the board of Bed Bath & Beyond calling for a sweeping set of operational changes and for the board to consider alternatives including a full sale of the company. Cohen was also critical of the compensation of its top executives even as the company experienced share price declines and market share losses.

7:40 am ET Monday: Stocks head for a sharply lower open