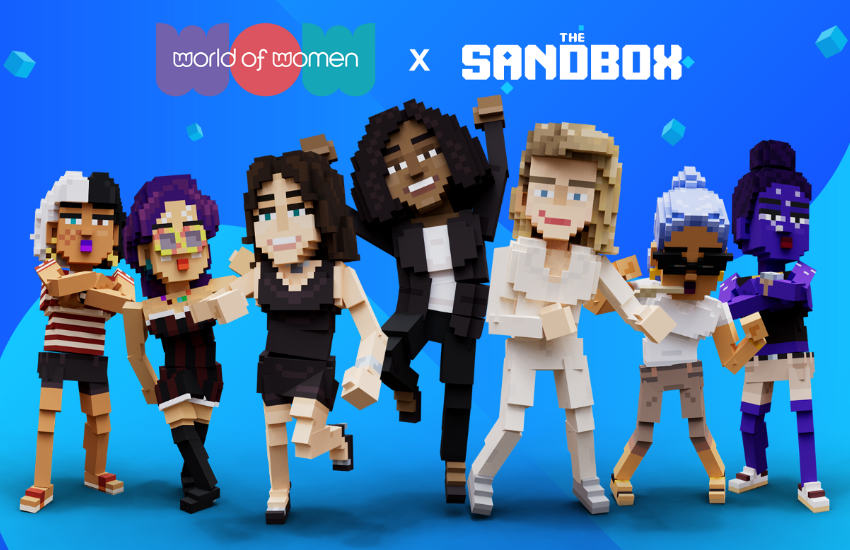 In celebration of International Women’s Day, Animoca’s metaverse brand Tea Sandbox is partnering with non-fungible token (NFT) collection World of Women to start a foundation. The Sandbox will commit $25 million to the foundation over five years to help more women get involved in the metaverse. The project will provide education and mentorship.

It is no news that the crypto industry is heavily dominated by men. A study conducted by research firm Art Tactic and reported by Bloomberg concluded that female artists created only 5% of sales in the NFT market while male artist creations accounted for 77% of sales (16% of sales had unknown artists and 2% were collectively created).

These patterns are not particular to the NFT industry. Another study funded by Williams College concluded that 85% of artists showcased in major American museums were men, and in addition, 87% were white.

The stereotypical crypto target audience is young, white, male, wealthy and enthusiastic about tech. That said, the Hispanic population has a high penetration rate. There are debates on how to expand that target audience and whether the technology inherently pushes other demographics away from participating. For an industry that promotes democracy and inclusivity, NFT and crypto platforms have some work to do to welcome women into the supply side of the industry.

However, the gender divide should not be exaggerated as a de-motivation based on a survey by crypto rewards platform Bakkt. While men and women agree the sector is male-dominated, only 5% of women cited that fact as a reason not to participate. They were given a list of a dozen barriers to investing, and male domination ranked last.

The top three reasons for women not investing in crypto are not knowing how to start, not knowing what to do with crypto after buying it, and not having money to spare. That knowledge gap was echoed in another survey by crypto lending platform BlockFi which found only 9% of women felt they had sufficient knowledge of the asset class. Helping women get started is precisely the goal of the World of Women Foundation.

More about World of Women

World of Women launched in July of last year, aiming to address this gap in supply and “bring more visibility to women and more diversity in the NFT space”. The project was initially a collection of 10,000 unique NFTs representing women, but it evolved into a community-like space to promote and support women in blockchain-based creative art. In February, Reese Witherspoon partnered with the platform.

The fund announced today will be spread across four main areas:

As a partnership with The Sandbox, eligible artists will also have the opportunity to work on business development experiences with Animoca and have guidance through their first mint and sale in the metaverse.

Other initiatives to increase the exposure of female artists are also being developed within The Sandbox, including the World of Women (WoW) Museum, WoW University, WoW Academy, and the launch of 3D interoperable avatars, which likely will be dropped with the intention of raising additional funds.

“This partnership signals our intent to invest long term in shaping a diverse and inclusive space for women to thrive in Web3 within our metaverse,” said Sandbox’s co-founder Sebastien Borget. “Through facilitating the education and funding of women’s projects we hope these programs help establish a generation of influential women builders in the space.”

Initiatives like these give visibility to the gender gap in the crypto and NFT industry, but they alone are not enough to shift the industry towards gender equality. There needs to be more demand for consumers for transparency, diversity and inclusivity in employment.

The female sector is also potentially a very lucrative one for the crypto industry. The Bakkt survey found that 82% of women who own crypto are likely to purchase again. And the BlockFi survey stated that women are likely to hold their crypto assets longer. So-called HODLers account for 55% of crypto investors but 70% of female cryptocurrency holders.