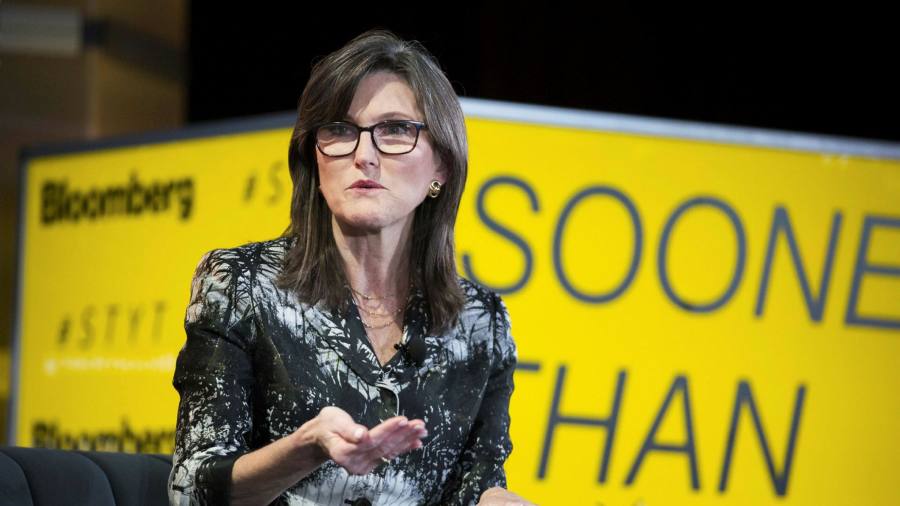 Investors who follow the old stock market adage “the trend is your friend” might be feeling a little betrayed by some of the most fashionable exchange traded funds (ETFs) of the recent bull market. Many are now are nursing heavy losses.

Cathie Wood’s flagship ARK Innovation ETF — a poster child for trend-following or ‘thematic’ investing and the largest of its kind — has been particularly badly hit. The fund shot to fame in 2020 by rising more than 150 per cent in a year as it placed big bets on companies that Wood believed would change the world. Since peaking in value in February 2021, at over $28bn, its share price has halved.

More than 60 per cent of the 700 thematic ETFs listed globally were launched after January 2020, according to Morningstar, the data provider, as appetite for tech themes surged amid coronavirus lockdowns and government stimulus. But large price swings for many popular theme-focused funds have laid bare their risks.

Thematic ETFs offer a way to invest in “the secular, disruptive, long-term trends that are set to define the future of the global economy”, explains Rob Powell, head of thematic and sector product strategy at BlackRock. Popular themes include companies powering the energy transition, the digital economy, life sciences and cyber security.

But how are investors who flocked to these themes faring now? Not great, in many cases.

The chart below shows the ETFs based on the top four themes that attracted the most amount of money in 2020 and 2021. All have fallen in price by at least 25 per cent over the past 12 months, compared with a double-digit positive return for the MSCI World Index. And only one of the ETFs has outperformed the S&P 500 over the past three years.

The volatility of these products has already been enough to put off plenty of investors. “On the whole, I would avoid the thematic ETFs which focus on a particular growth area,” says Peter Sleep, senior portfolio manager at Seven Investment Management. “They are extremely volatile and they are often narrowly focused on the hottest, most bubbly part of the market”.

“Buying a good idea at a bad price can make a terrible investment,” adds Ben Seager-Scott, head of multi-asset funds at Tilney Smith & Williamson. “It also means you have more risk if that one particular theme doesn’t play out, so you lose out on some of the benefits of diversification”.

Powell says BlackRock is seeing a “broadening client type and broadening time horizon, with the vast majority of flows into [BlackRock’s] iShares thematic ETFs driven by professional investors buying in”. Some 22 out of 24 iShares thematic ETFs listed globally had net inflows over the year to the end of January 2022, according to Morningstar data, totaling more than $5.5bn.

This is important because one issue with thematic ETFs has been that most have been designed to capitalize on themes over several years, but their volatility has tempted some investors to buy and sell them frequently in an attempt to capture short-term gains. For many, this can prove a futile and expensive pursuit — and one that risks exacerbating a fund’s volatility if enough people do it.

There are also structural concerns as thematic ETFs tend to invest in companies further down the market capitalization spectrum than their broader market peers. This may provide higher growth potential. But Kenneth Lamont, senior fund analyst for passive strategies at Morningstar, the data provider, says it also increases liquidity risks which can make it more costly for an ETF to buy and sell, particularly in distressed markets.

Aanand Venkatramanan, head of ETF strategies at Legal & General Investment Management, says his team uses a rules-based methodology to create its own thematic indices. They will not invest in companies with a market capitalization of under $200mn to avoid running into liquidity problems.

However, rapid growth can cause other difficulties for thematic ETFs, as demonstrated by the US-domiciled iShares Global Clean Energy ETF (ICLN) and its European Ucits equivalent. Their combined assets rose from $763mn in January 2020 to over $10bn in early 2021. This led to concentration problems as the products track the S&P Global Clean Energy Index which at the time had just 30 stocks — leaving “too much money chasing too few shares and those shares are too small,” as Sleep told the Financial Times. The index has subsequently been updated and now includes 76 holdings.

Underlying portfolios can also look very different across products that purport to track the same theme. For example, iShares Automation & Robotics UCITS ETF (RBOT) and L&G Global Robotics and Automation UCITS ETF (ROBG) only have one holding out of their top 10 in common, despite both running to a global mandate.

And some only tenuously track their theme. The Ark Space Exploration and Innovation ETF (ARKX) was criticized for owning shares in Netflix when it launched last year, a position it has subsequently sold. But it still owns Amazon and Alphabet, with Ark’s 3D Printing ETF its second-largest holding. Where a theme is nascent, it can be difficult to find enough listed companies with a significant proportion of business devoted to activities within the theme.

The probability of winning [all] these bets is low, but the prospective payout can be high

The work involved in constructing these products typically makes them more expensive than their broader market peers. This is particularly the case with those that are actively managed, such as the Ark Innovation ETF. It has an annual cost of 0.75 per cent. In comparison, the total expense ratios of the iShares thematic ETFs, which track third-party indices, range from 0.4 per cent to 0.65 per cent, and the TER of its S&P 500 tracker is only 0.07 per cent.

Ultimately, investors mulling an allocation to these funds need to understand that they are making a triple-layered bet, says Morningstar’s Lamont: Is the theme right? Is it the right fund to track the theme? And is the timing right?

“The probability of winning [all] these bets is low, but the prospective payout can be high,” he says.