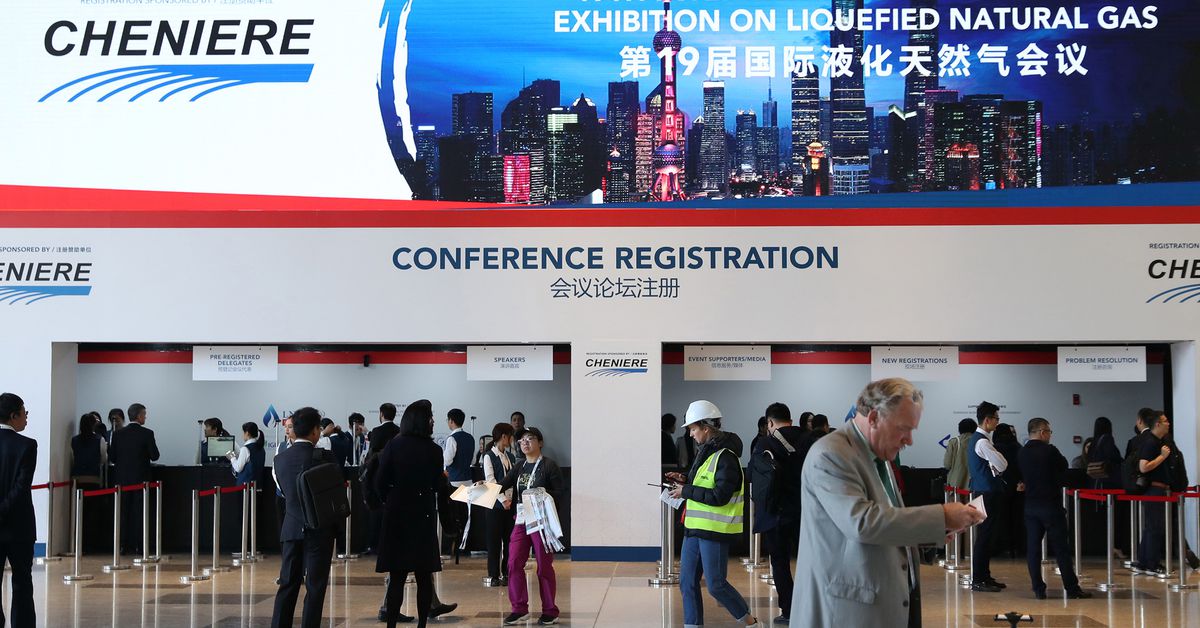 LONDON, March 9 (Reuters) – US liquefied natural gas (LNG) exporters are emerging as big winners of Europe’s supply crisis as they export record volumes to the European Union for the third consecutive month at prices that have rallied since Russia’s invasion of Ukraine.

European gas prices have hit all-time highs just as exporters of LNG in the United States completed projects that had been under development for years to deliver abundant shale gas supplies to international markets.

Major US developers like Cheniere Energy Inc (LNG.A)the largest US exporter, are among the top beneficiaries after having signed numerous long-term deals to sell LNG in recent months, traders said.

Commodities traders such as Trafigura and Gunvor as well as some Japanese trading houses that have positions in the US liquefaction terminals are also seen as major winners, after having diverted cargoes initially meant for other regions to higher-paying European markets.

Russia is a major world oil exporter and supplier of around 40% of Europe’s natural gas.

“The US and its LNG producers profit from the gas shortage in Europe and will further profit if Russian volumes are sanctioned,” a European trader said.

Trafigura and Gunvor did not respond to Reuters request for comment. Cheniere was not immediately able to comment.

LNG spot prices jumped to a record high near $60 per million British thermal units (mmBtu) late last week after the invasion, putting them about 10 times their value a year ago. They are currently around $51.

Prices will likely jump again after the United States on Tuesday announced a ban on Russian oil and gas exports in retaliation for Moscow’s invasion, Britain is expected to follow suit.

The US Energy Information Administration projects US LNG exports will reach 11.4 billion cubic feet per day (bcfd) in 2022. That would account for roughly 22% of expected world LNG demand of 53.3 bcfd next year, according to analysts at Goldman Sachs and would outpace both Australia and Qatar, the two largest exporters at present. read more

Prices have risen so much in Europe that traders of LNG cargoes would rather pay millions of dollars in penalties for non-delivery to other countries for the opportunity to sell the cargoes at a premium to European buyers, said Oystein Kalleklev, chief executive of shipowner FLEX LNGManagement.

Two sources at a major energy firm, who asked not to be named, said that over the past three months the United States has diverted several dozen cargoes to Europe from their previous Asian destinations. A typical cargo is about 3 billion cubic feet of natural gas.

The total number of US cargoes shipped to Europe and Turkey in the first two months of 2022 reached a record of 164, according to Robert Songer, LNG analyst at data intelligence firm ICIS. The previous record was 125 cargoes in the first quarter of 2020, he said.

The 6.4 million tonnes of LNG exported from the United States in February, equivalent to around 307 billion cubic feet of gas, would have been worth about $17.2 billion in Europe at $56 per mmBtu or $13.5 billion in Asia at $44 per mmBtu, according to Reuters calculations.

Developing countries such as Pakistan are struggling to compete with the high prices that Europe is prepared to pay for LNG, leaving them relying on dirtier fuels such as coal to meet power demands.

Eni and Gunvor, both long-term suppliers of gas to Pakistan, were unable to deliver scheduled cargoes for March, an industry source told Reuters, forcing the South Asian country to buy LNG cargoes from the spot market.

Eni couldn’t meet its obligation because the supplier of three of its cargoes, Trafigura, canceled and sent the ships to Europe instead, an industry source told Reuters.

“Trafigura would rather pay the penalty fee, which is around $11-12 million, and sell the gas on spot market at today’s prices,” the source said.

Eni said it was evaluating contractual remedies, including legal action, to preserve its rights.

A source with knowledge of the matter said Trafigura had the right to cancel the cargoes for a fee.

(This story refiles to clarify source for quote in paragraph 16)