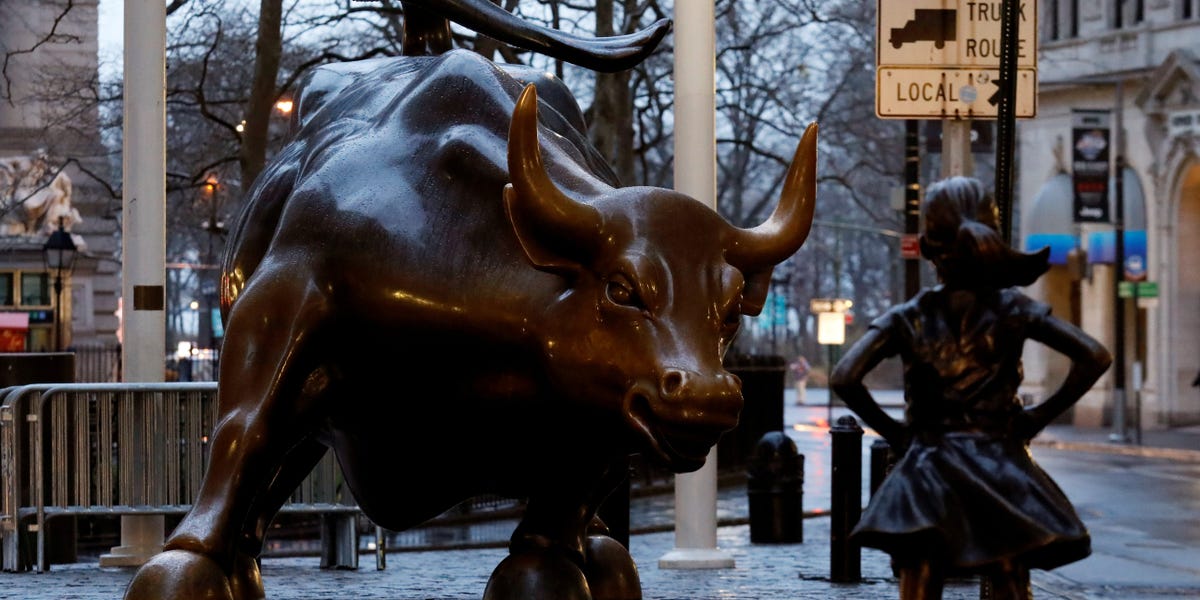 crypto has no end of supporters, especially in the realm of traditional finance, where

and asset managers are constantly expanding their services to clients.

Investment in crypto assets continued to boom in 2021, with inflows totaling $9.3 billion last year, up 36% from the $6.8 billion logged in 2020, according to CoinShares.

And it’s not just amateur or retail investors. More institutional investment is expected to come in 2022, with FTX CEO Sam Bankman-Fried anticipating significant institutional involvement in the crypto market in the coming year.

“I’ve talked to every large bank, every large investment bank, pension funds — they’re all eyeing the sector,” he said in early January.

But not everyone is a crypto fan. Regulators in particular have been vocal about their reservations.

The Financial Stability Board, the global banking watchdog, this week sounded the alarm on crypto assets in a report. It warned of the risks that could arise from the boom in adoption of crypto and called on national regulators to come up with ways to mitigate those risks, as the relationship between mainstream finance and crypto strengthens.

“Systemically important banks and other financial institutions are increasingly willing to undertake activities in, and gain exposures to, crypto assets,” the FSB said.

Central banks and regulators alike have expressed concern about the volatility of the likes of bitcoin and ether and the scope for market manipulation, as well as the systemic risk digital coins could pose.

Yet many of the world’s biggest investment banks offer an array of options for clients to get involved in cryptocurrencies and the broader digital world. JPMorgan this week became the first bank to enter the metaverse by opening a lounge in a virtual version of Tokyo’s high-end shopping district on the Decentraland platform.

Major Wall Street names have thrown their weight behind crypto and a number are super-bullish, with some expecting bitcoin to reach $100,000 or more in coming years.

Here’s the most recent developments on Wall Street as investors and investment banks forge into the digital world:

In July last year, JPMorgan offered all its wealth management clients access to cryptocurrency funds, making it the first major US bank to provide crypto access to retail clients.

While CEO Jamie Dimon isn’t a crypto supporter personally, going so far as to say “I personally think that bitcoin is worthless,” the bank has expanded its crypto offerings to satisfy what clients want. And Dimon says customers can make their own decisions.

As far as the metaverse is concerned, JPMorgan published a white paper this past week in which it said opportunities were pretty much “limitless” and the digital world could help generate $1 trillion in annual revenue.

The Wall Street bank has said recently that mainstream adoption of crypto won’t necessarily translate into hefty gains for the likes of bitcoin.

But there’s no doubt it’s a big believer in the opportunities that digital currencies and the virtual world could offer.

It set up a cryptocurrency trading desk in 2021 to trade bitcoin futures, becoming the first big bank to offer such a service.

“The crypto trading team will be a part of Global Currencies and Emerging Markets (GCEM),” the bank said.

Goldman Sachs already offered clients publicly-traded derivatives tied to bitcoin in 2018 and has been building out its crypto-related services ever since.

The bank also allowed its wealth management clients to invest in crypto.

Goldman Sachs strategists released a detailed research note recently in which they stated the metaverse — which is underpinned by crypto-technology and where users often need cryptocurrencies to buy virtual land or other goods — could be an $8 trillion investment opportunity.

Morgan Stanley has been an early adopter of crypto. 11 months ago, it became the first bank to give wealthy clients exposure to bitcoin funds by offering access to three bitcoin products. Clients had to have at least $2 million in invested assets with the bank.

Chief executive James Gorman says crypto isn’t a big part of the bank’s business, but he believes it isn’t going to go away any time soon. “I don’t think crypto is a fad,” he said on a recent earnings call.

Morgan Stanley’s total exposure to bitcoin is around $300 million, according to CoinTelegraph. The bank also has a cryptocurrency research team.

“The launch of dedicated crypto research is in recognition of the growing significance of crypto currencies and other digital assets in global markets,” Morgan Stanley said in a memo last year.

Morgan Stanley analysts also expect the market for luxury-brand non-fungible tokens — a form of digital collector’s item that resides on the blockchain — to grow to around $240 billion by 2030.

Wells Fargo believes we’re only just getting started with crypto and that adoption is nearing a “hyper-inflection point”. For anyone wondering if it’s too late to jump on the crypto bandwagon, Wells Fargo answered that last week and says no, it’s not.

“For those investors who qualify and have an interest, there’s some good academic and money management work to suggest that it can be a nice diversifier to portfolio holdings,” the bank said.

BlackRock, the world’s largest asset manager, filed with the SEC last month to launch a blockchain and tech ETF. This would track crypto-focused companies worldwide. According to a recent report from CoinDeskBlackRock is about to offer some investor clients a cryptocurrency trading service.

CoinDesk quoted one source as saying BlackRock will allow its clients, including big public pension funds, university endowments and sovereign wealth funds, the option to trade crypto through its Aladdin wealth management platform.

Similarly, rival asset management company Fidelity launched its first bitcoin exchange-traded product in Europe this past week. The company filed in January with the Securities and Exchange Commission to launch two ETFs that track the metaverse and the cryptocurrency sectors through companies that are exposed to both.