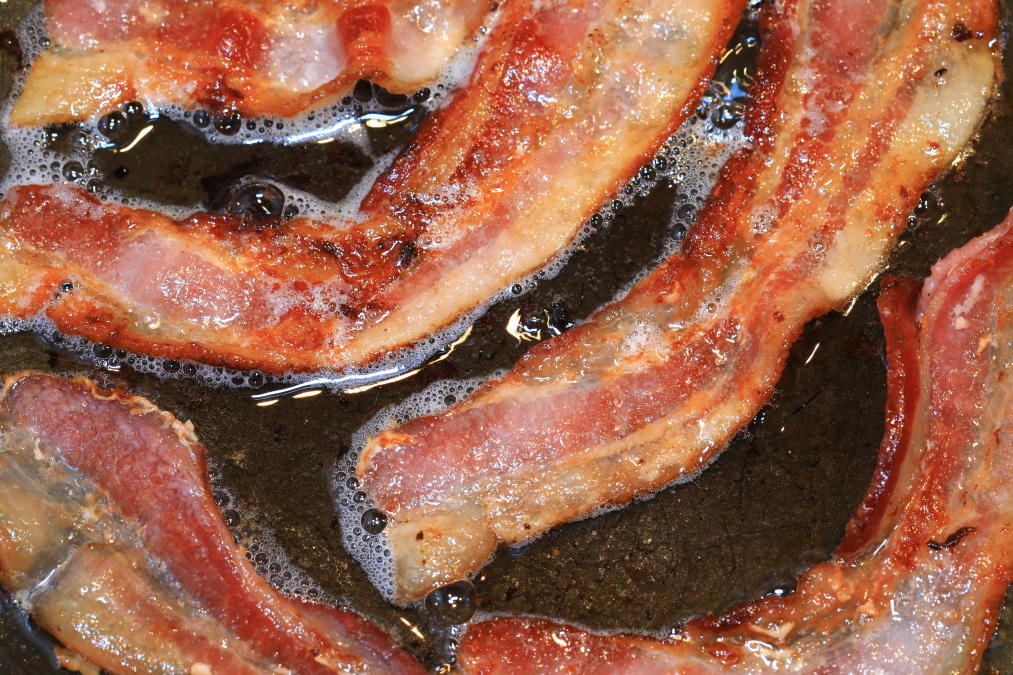 Americans have felt inflation at the hair salon and in the frozen food aisle. They have seen it while buying pet food, pantry staples and diapers. Yes, gas is pinching them. But so is the price of bacon.

Nearly 9 in 10 Americans say they have noticed prices rising around them, according to a survey conducted mid-February for The Upshot by Morning Consult. And, when asked which of the price increases have caught their attention, many mentioned necessities like gas, milk, ground beef and bread — a notably different universe of products than the narrower set of items, like used cars and raw lumber, that were soaring in price last spring.

Sign up for The Morning newsletter from the New York Times

The survey results make clear why consumers remain glum, even at a time of rapid job and economic growth. Inflation is now unavoidable. And what it’s touching is deeply personal: a specific brand of baby formula, “the sausages my husband buys,” “my usual Alaskan salmon dinner at Captain D’s.”

“This is not just a used car phenomenon,” said John Leer, the chief economist at Morning Consult. “When it was used cars, you could have the option essentially of opting out of inflation,” he added. “You could say ‘I don’t want to buy a used car, so this doesn’t affect me, life goes on.’”

As opting out has become less and less possible, Americans now rate inflation among their top concerns for the first time in nearly four decades. In Washington, the topic looms over President Joe Biden’s legislative agenda and Democrats’ prospects in midterm elections. The monthly release of government inflation figures — which on Thursday showed inflation reaching a 40-year high, driven by the steep prices of gas and food — has become an anxious political event. And the sanctions on Russia that are rattling the global economy now threaten to push energy and food prices higher still.

In this moment of growing alarm over inflation, the survey asked 2,200 people to name specific products and services whose higher prices have stood out to them over the past year. The open-ended responses show how closely people are paying attention.

They can quote prices, like what a 3-pound bag of ground coffee cost at Costco last year. They have noticed that some costlier products have shrunk in size, too. Even before fuel prices hit a record high this past week, nearly 1 in 4 people cited the rising cost of gas. Eight people pointed to the fact that the Dollar Tree chain of stores now charges $1.25 per item. Sixty-three people have apparently been tracking the cost of toilet paper. One-hundred-twenty-seven mentioned a haircut.

Collectively, their answers touch on nearly every corner of consumption as the federal government tracks it. Dozens of people responded directly, often angrily, to that effect — that they have seen inflation everywhere.

People volunteered that the prices of bacon, beef, chicken, fruit, furniture, gas and an overnight camping spot were “outrageous.” The price of a dozen roses, a Mountain Dew soda and a rib-eye steak had become “ridiculous.” Many respondents blamed either the Biden administration or corporate greed.

Higher- and lower-income respondents generally cited the same products — gas most often, followed by grocery items like milk, beef and chicken. But that doesn’t mean that Americans who notice inflation in the same places are experiencing it in the same ways.

“Sitting here as a high-income suburban mom, if you asked me when did I first see it, I would also answer in a pound of ground beef,” said Diane Whitmore Schanzenbach, a Northwestern University economist who studies poverty. The price of ground beef has risen more than 13% in the past year.

“But the price increase is just annoying to us,” she continued. “It has not meant that I’ve stopped feeding the kids their favorite food.”

To poorer families, the difference can mean hunger. When we asked respondents if they wished to share anything else, many volunteered that rising prices even on small purchases have left them making difficult choices.

Some described lowering the heat this winter to save money, cutting expenses like family vacations and restaurant meals, and delaying home repair projects. People detailed coping strategies, including comparison shopping, buying in bulk — or, sometimes painfully, simply doing without.

In some ways, the responses show consumers observing inflation differently than government policymakers and statistics do.

Even as their responses spanned the economy, people overwhelmingly focused on two categories — fuel and food — that are stripped out of the Core Consumer Price Index measure Washington policymakers rely on most when considering whether inflation is rising too quickly.

Food costs are about 13% of a typical household budget. But food in some form was mentioned by more than 90% of respondents here.

The outsize importance of food is in keeping with research on how people form their views of inflation.

“It matters what households actually purchase frequently, rather than what has a bigger expenditure share,” said Michael Weber, a professor of finance at the University of Chicago. That’s probably because people have more exposure to items they buy often, and it’s easier to recall their price changes, he said.

That means that the price of a carton of eggs can shape consumers’ impressions of inflation more than the cost of a new refrigerator to put them in. Federal policymakers, however, don’t include the eggs in their core metric because they assume that eggs that jump in price will come back down — while refrigerators, and other items that are less volatile, tell us more about lasting trends in the economy.

The more ordinary items cited here may convey something else anyway, about what makes consumers anxious as they try to connect their own lives to the wider economy.

“Inflation is insidious,” one respondent offered. “It snips away little bits at a time until you notice you’re in worse financial shape.”

Especially striking, that person noted: the cost of cereal.