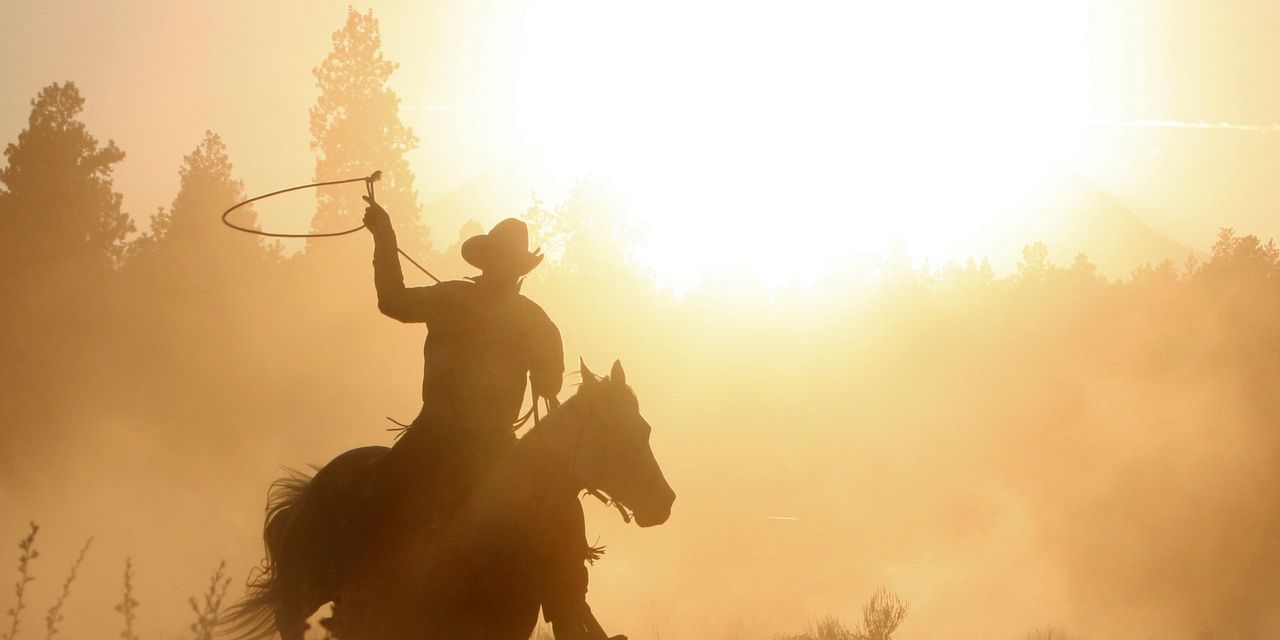 on Wednesday, is the bottom in?

Arguing yes is Mark Newton, head of technical strategy at Fundstrat, who notes that while huge rallies are normally to be expected within big downtrends, this move was accompanied by a nearly 5-to-1 breadth. He says the 4,250 mark on the S&P 500 was an important line in the sand, and that if Treasury yields rise from here, that could give a boost, given that financials are the third-largest sector in the S&P 500. Newton says there isn ‘t evidence of true capitulation, but the recent negative retail sentiment has helped drive a near-term bottom.

By contrast, Dhaval Joshi of BCA Research says stocks may fall further in the short-term. Unlike the COVID-19 pandemic, when governments unleashed tax cuts and spending increases, this time they are sanctioning Russia, which will also hurt their domestic economies. The other big difference is that this time monetary policy is tightening rather than loosening, as the Federal Reserve reads the first of what it says will be multiple interest-rate rises. He also worries about another wave of COVID-19 coming from Europe’s largest refugee crisis in decades.

On a three-month basis, Joshi says the inflationary impulse from soaring energy and food prices will choke growth. Bond yields could nudge higher as the Fed and other central banks respond, as he says the global stock market hasn’t bottomed, and the US dollar will rally.

But going out 12 months, he expects stocks, particularly in the US, to rise. He says the US stock market has a long duration, of 30 years, meaning that the market should be valued at US profits multiplied by the 30-year bond price. “The short-term inflationary impulse combined with sanctions will be massively demand-destructive, at which point the cavalry of lower bond yields will charge to the rescue,” he says.

He recommends overweighting both the US TMUBMUSD30Y,

The US Labor Department reported that consumer prices climbed 0.8% in February to stretch the year-over-year rate to 7.9%, a new 40-year high. Core prices rose 0.5%.

“The Russia-Ukraine war adds further fuel to the blazing rate of inflation via higher energy, food, and core commodity prices that are turbo charged by a worsening in supply chain problems. This will lead to a higher near-term peak in inflation and a slower descent through 2022 than previously envisaged,” said Kathy Bostjancic, chief US financial economist at Oxford Economics.

The European Central Bank unexpectedly decided to speed the pace of bond-buying tapering.

There was no breakthrough in talks between Russia’s and Ukraine’s foreign ministers in Turkey, although the two sides agreed to keep talking, with possibly a meeting between Russian President Vladimir Putin and Ukrainian President Volodymyr Zelensky in the future. Ukrainian foreign minister Dmytro Kuleba said after the talks that Russia was seeking a surrender and that it rejected a proposed 24-hour cease-fire.

said it would split its stock 20-to-1 and spend $10 billion on stock buybacks, a move that could make it eligible to join the Dow Jones Industrial Average.

It was looking again like a risk-off session after the lack of progress in talks in Turkey. US stock futures ES00,

rose after the ECB decision.

Here are the top stock market tickers as of 6 am Eastern.

The Federal Bureau of Investigation found a January 6 Capitol rioter from a photo by a sea turtle charity.

An Austin, Texas accountant has made $75,000 suing telemarketers over illegal robocalls.

Want more for the day ahead? Sign up for The Barron’s Dailya morning briefing for investors, including exclusive commentary from Barron’s and MarketWatch writers.