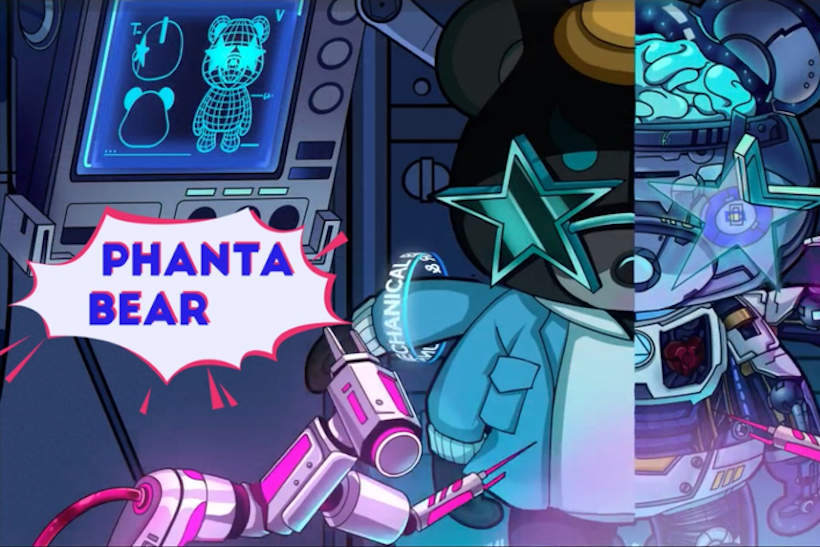 Chinese authorities are currently taking a cautious approach to non-fungible tokens (NFTs), trying to ensure they are safe and controllable. But don’t jump to the conclusion that China is missing out on this technology. In fact, if we look in more detail, one can consider China to be at the forefront of blockchain technology. It will probably be the first country to see a live version of the future web3.

Although China has closed itself to cryptocurrencies, a digital yuan is already in circulation. On the NFT front, Alibaba and Tencent each released a platform to trade NFTs in August, cautiously renamed “digital collectibles” in October. Baidu, JD.com have followed suit. And since then we can see that their careful adoption of the NFTs and blockchain has led to gradual industry acceptance.

But China’s development path for NFTs will follow a different business model from what we have seen in overseas markets, including copyright protection or ‘digital property right certification’, and detaching them from any cryptocurrency, helping to avoid scams and fraud using fake coins.

Based on AntChain’s sales and global NFT growth rates, it is predicted that China’s NFT
market will grow at a rate of 150% and reach 29.52 billion yuan (US$4.64 billion) by 2026. This still reflects great potential for future development.

We’re also seeing the rise of popular collections in China. Many have heard of the popular NFT collection’Bored Apes‘. While a similar Chinese collection called ‘Bored Wukong’ has been accused of being a copycatChina has its own counterparts, such as ‘Phanta Bear‘, which are proving to be just as popular. The NFT project was initiated by Taiwan-based singer Jay Chou’s brand Phantaci and digital entertainment platform Ezek. Phanta Bear is a collection of 10,000 algorithmically generated digital collectibles that double as Ezek Club membership cards. Each Phanta Bear NFT sold for 0.26 Ether (ETH) as of January 7. The NFT project Phanta Bear was all sold out within 40 minutes after its release, with revenue of approximately US$10 million. What distinguishes Chinese NFTs from others?

To understand the main differences in China, we need to understand that there are two types of NFT mining and distribution models. Let’s call them PGC and UGC. The PGC (professional-created content) model is where a platform finds artists and jointly issues NFTs, then splits the sales earnings between them. One example of this would be Nifty Gateway. In China many large platforms use the PGC model: Ali’s Antchain, Tencent’s Magic Core, and Jingdong’s Lingxi are examples.

A UGC (user-created content) model, on the other hand comes from creators of audio, video or digital photos, who can mint their NFT content themselves and upload them directly to platforms such as OpenSea, Rarible, InfiNFT, Mintbase, and others . The compensation scheme is based on paying handling fees, followed by the difference in gas fees (payments to compensate for energy used in transactions on ethereum blockchain). Users need to pay a handling fee to the platform for selling NFTs, usually about 5%-15%.

1. Professionalism: The biggest difference between the two methods is the professionalism of the creators. The PGC model works very well in tandem with well-known IP, and the sales are divided according to the agreed proportion. In the PGC model, the platform signs the IP at a fixed price, and then sells it on the platform and shares the profit. This works well and applies to the majority of Chinese NFTs where contention over handling fees doesn’t exist.

2. NFT creators: The second difference is in the creators inside of China and outside. According to a recently published 2021 China NFT platform research report,Chinese NFT creators can be roughly divided into individuals creators, who account for over 90% of creators, and groups or teams which make up less than 10%. This decentralized model is unique, since globally the NFT market is still much more centralized with 10% of NFT creator groups or companies accounting for 85% of all transactions.

3. NFT audience and Guochao culture: In China NFT buyers are mainly millennials and Generation Zers who appreciate NFT products and artwork that is different from traditional art elsewhere, most popularly defined by ‘Guochao culture’. Guochao art involves more media forms and artistic expressions that can be represented by VR or AR, which in NFT form can then be transferred or auctioned online. We’re quickly seeing how the rise of NFTs has accelerated the spread of Guochao art, taking its value to new heights.

But the biggest differences of all are in how NFTs are transacted. There are four main differences.

1. Blockchain: The overseas market is mainly based on public chains with community-built technology such as ETH or Flow. These have oversight and may be open to potential security issues. The Chinese market is mainly dominated by consortium chains, such as AntChain or Changan Chain—different technology backed by very large companies.

2. Trading currencies: Cryptocurrencies such as Ethereum and RARI coins can be used in overseas markets. The Chinese market can use fiat currency transactions of RMB and digital RMB. 3. Volatility: Since cryptocurrencies are tied to NFTs overseas, the markets remain relatively volatile and subject to more speculation. China also has ups and downs but comparatively is under control.

4. Copyright: When infringement happens overseas, complaints are still mostly ignored since NFTs still lack copyright compliance. As of today, there is still no legal obligation to get a license or permission from a rights holder to use copyrighted work in an NFT. In China, however, NFT copyright needs to be recognized.

How China is disrupting the traditional NFT model

China has moved carefully to provide supervision of the NFT market, thereby lending credibility to it. It’s ‘Together NFT’ app is supervised by Hainan international Culture and Art Exchange Center Co, (known as Haiwenjiao) which has completed an NFT development center, forming the first country’s NFT holding compliance license for RMB settlement. To determine value, ‘Together NFT’ follows a six-stage process of confirmation that involves both physical and digital copyright protection for NFTs.

Other players are also doing their part to keep the industry credible. Last August, Tencent officially launched the NFT trading software ‘Magic Core’. The Magic Core app requires users to have real-name authentication before they can subscribe for digital collections. So far only brands, IPs, and artists are authorized by the platform to publish their works after being invited. These measures allow the Magic Core app to curb users’ ability to hype digital artworks. The aim is to avoid inflating the price of NFTs and increase their liquidity to allow NFT value to be based on actual popularity, creating a better experience for collectors. Alibaba has also established an NFT trading platform based on the Ali ecosystem and released several jointly launched NFTs with big IP players. For example, last September during the Hangzhou Asian Games, a digital licensed product called ‘Xinhuo’ was launched. The NFT purchase cam with a 180-day transfer restriction period. Only after this period expires will it be able to transfer to others. It was also built on a currency-less blockchain using RMB payment. What can we expect in the future?

Despite outward appearances, China is in fact truly embracing NFTs. China’s state-backed Blockchain Services Network (BSN) launched the infrastructure at the end of January to support the rollout of non-fungible tokens (NFTs) with the first digital currency (yuan), a major step in building a Chinese NFT industry independent of cryptocurrencies.

At the moment, NFTs are mainly used for digital artwork. But a larger market is still yet to be created for managing certificates like vehicle license plates or school diplomas, for example. In the future, brands will also enter the NFT market via the metaverse as blockchain technology expands and China establishes NFT-related trading rules.

If we’ve learned anything from the past, it’s that China’s digital industry is full of innovation and has rapidly become one of the most advanced and sophisticated ecosystems in the world. What is happening with blockchain is hardly surprising and looks like history repeating itself. What may appear to be a slow start compared to the West is in reality a fairly specific desire to establish the framework and infrastructure necessary to take a strong lead in an industry that will be very important in the future.

Ramzi Chaabane is the China managing director of Stink Studios, based in Shanghai.